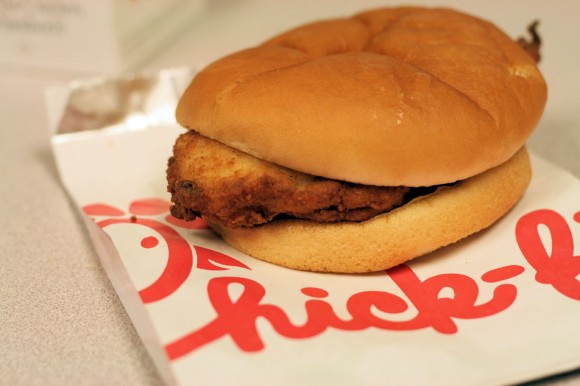 Last week, gay bars across America, including several in West Hollywood, announced they would no longer carry Stolichnaya vodka because of the Russian Parliament’s recent vote to ban gay adoptions, gay “propaganda” and gay pride events as well as allow the arrest of people suspected of being gay or lesbian.

Stoli is just the latest in a long series of products and companies the gay community has boycotted as part of a gay boycott in the past few decades. Some of those boycotts have been effective causing change within organizations. Others have been less effective.

Here’s a rundown of some of those boycotts. Unless noted, these boycotts appear to be on-going.

Coors Brewing Company – The boycott against the Colorado-based beer maker began in 1973 over the company’s refusal to hire gay people, even forcing potential employees to take polygraph tests where they were asked if they were gay. The boycott was officially settled in 1995 when the company began offering domestic partner benefits to gay employees, a benefit Coors was already giving to its unmarried heterosexual employees. The company subsequently went on to sponsor the Denver Pride festival and donate to LGBT causes. However, the boycott is unofficially still underway as two different Coors family foundations have given money to right-wing organizations that support anti-gay causes.

Cracker Barrel – The Tennessee-based home-cooking restaurant chain fired 11 gay employees in 1991 for violating a new policy banning the employment of persons “whose sexual preferences fail to demonstrate normal heterosexual values which have been the foundation of families in our society.” The boycott ended in 2002 when the company added sexual orientation to its non-discrimination policy.

Colorado – After Colorado voters passed an amendment in 1992 banning civil rights protection for LGBT people in employment and housing (and thereby nullifying such civil rights ordinances already on the books in Denver, Boulder and Aspen), LGBT people were encouraged not to vacation in the state and many national groups cancelled convention plans in the state. Boycott Colorado ended when the state’s supreme court invalidated the amendment in 1994.

Mormon Church – The Salt-Lake-City based Church of Jesus Christ of Latter Day Saints aggressively helped fund Prop 8, the California Constitutional amendment that defined marriage as between one man and one woman. After the voter initiative passed in November 2008, LGBT people were called to not vacation in the state of Utah and to boycott businesses owned by Mormons who had donated to the effort. After Prop 8 donor lists were made public, some businesses that employed people who had donated to Yes on Prop 8 were also boycotted. Scott Eckern, the longtime artistic director of the California Musical Theatre who gave $1,000 of his personal money to the Yes on Prop 8 campaign, ended up resigning his post amid the backlash of Prop 8 passing.

Target – The Minneapolis-based, “cheap chic” department store chain gave $150,000 to the political action committee Minnesota Forward which supported Tom Emmer, a Republican member of the Minnesota House of Representatives who was running for governor in 2010. An anti-gay candidate, Emmer supported a state constitutional ban on same-sex marriage. Emmer lost that election, but recently announced he would seek the Congressional seat vacated by Michelle Bachman. Before the donation, Target was seen as a supporter of gay rights.

Chick-fil-A – The Atlanta-based fast-food chicken restaurant chain’s CEO Dan Cathy has publicly taken an anti-gay stance saying he supports “the traditional family.” The Cathy family foundation, WinShape Foundation, has also donated millions to anti-gay organizations like Focus on the Family, the National Organization for Marriage and Exodus International, an ex-gay conversion therapy, “pray-the-gay-away” organization. The Hollywood Chick-fil-A location on Sunset Boulevard and Highland Avenue has been the site of several demonstrations in recent years.

The Salvation Army – The national charitable organization has a long history of opposing gay rights, saying it believes homosexual behavior is a sin. The boycott began in 2001 when the nonprofit refused to give domestic partner benefits to LGBT employees.

Thank God there still out there companies like this

I realize this is very dated, but why not boycott Barilla Pasta and Pavillions Grocery? The Pavillions in West Hollywood still has Barilla products on its shelves!

Very interesting article. How ever this seems to have been written with some old facts. I am gay, I live in Colorado, my favorite beer is coors, and I work for the salvation army. The salvation army has recently adapted their policies to become LGBT friendly. This is a new thing for them but it is definitely worth mentioning because they ARE making the change for equality.