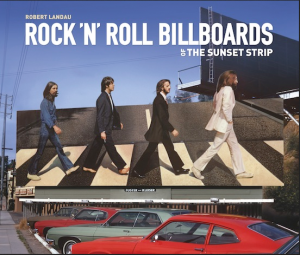 The City of West Hollywood will host an exhibition of photographs from the book “Rock N’ Roll Billboards of the Sunset Strip” at the West Hollywood Library, 625 N San Vicente south of Santa Monica. The photographs were taken by Robert Landau beginning in the late 1960s, as billboards of the great musicians of the time were displayed along the Sunset Strip. There will be an invitation-only opening reception for the show on July 30. If interested, RSVP to Michael Che at 323-8484-6377 or email mche@weho.org.