Guitartown, a project of the Gibson Foundation, which supports music and the arts, showcased its third installment of 10-foot tall art guitar sculptures at Hornburg Land Rover and Jaguar on the Sunset Strip. The art guitars, which celebrate artists and musicians who have influenced the Sunset Strip, will be on display at the Saturday, Aug. 3 Sunset Strip Music Festival before they will be placed along the boulevard for public view.

Echols made an appearance to sign the “Forever Changes” guitar by artist “The Wizard.” The guitar was inspired by the 1960s band Love, which played many gigs along a thriving 1960s Sunset Strip. “Forever Changes” is generally considered Love’s masterpiece album. Krieger also showed up to support Echols and the Strip, where The Doors got their start.

Check out each of the guitars to be featured along the Sunset Strip, below: 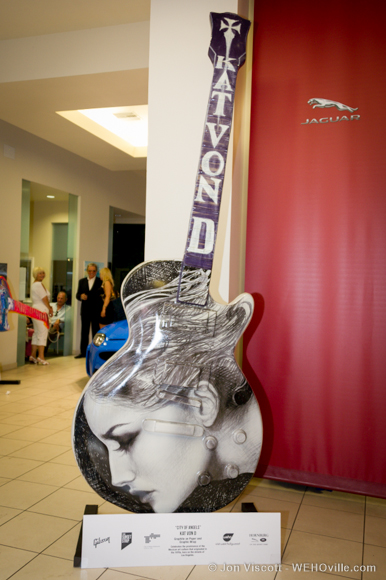 Kat Von D’s guitar celebrates the prominence of the Mexican art culture that originated in the 1970s on the streets of Los Angeles. 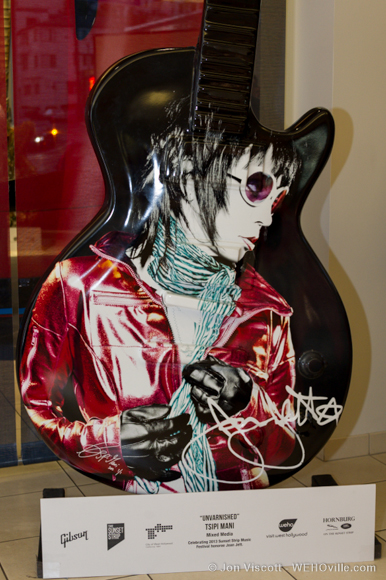 This mixed-media guitar celebrates 2013 Sunset Strip Music Festival honoree Joan Jett, who has performed at the Whisky a Go Go.

“Welcome to My Nightmare” by Stacey Wells. 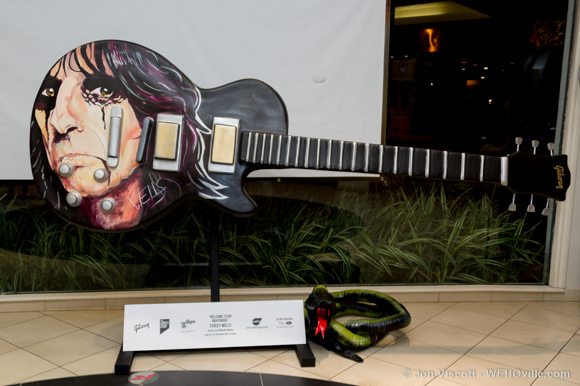 The guitar was inspired by musician Alice Cooper. 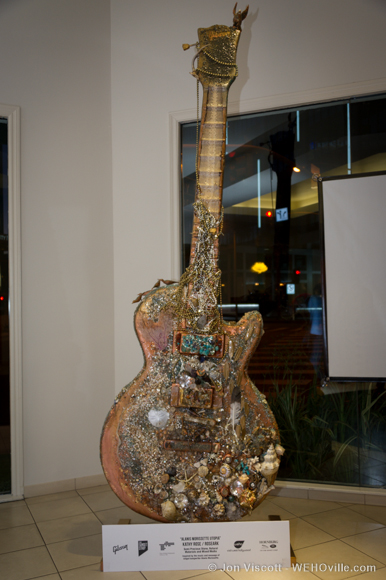 This guitar was inspired by the music and message of singer Alanis Morissette.

“Tribute to My Friend, Janis Joplin” by Lyle Tuttle. 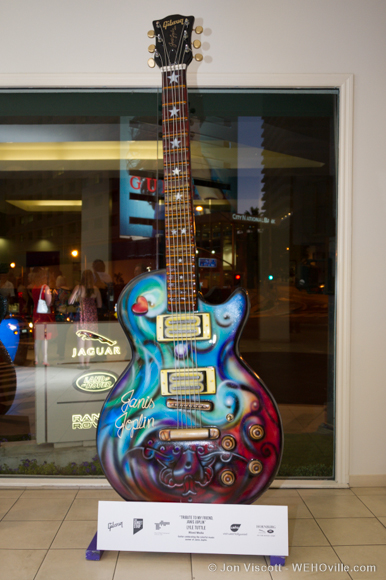 This guitar celebrates the colorful music career of Janis Joplin. 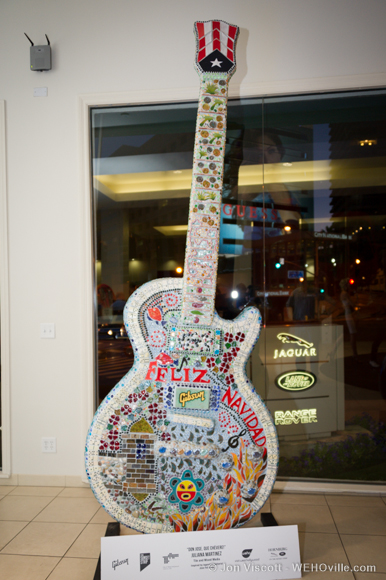 This guitar was inspired by Puerto Rican virtuoso guitarist and singer Jose Feliciano, best known for his best-selling Christmas single “Feliz Navidad” and his rendition of The Doors’ “Light My Fire.”.

“Forever Changes” by The Wizard. 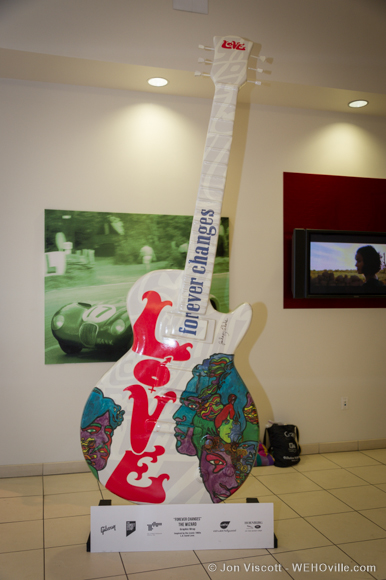 This guitar was inspired by the 1960s band Love, which played many gigs along a thriving 1960s Sunset Strip. “Forever Changes” is generally considered Love’s masterpiece album.

“Dolly Parton and the Sunset Towers” by Simone Gad. 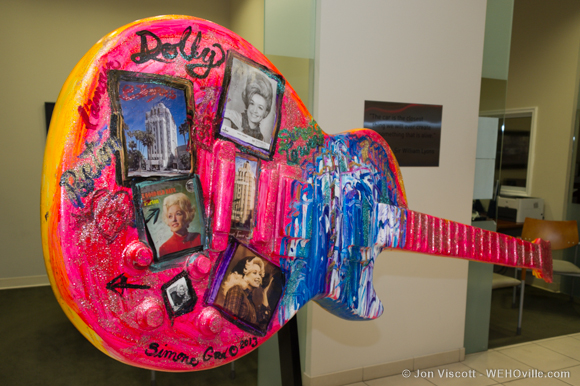 Dolly Parton, the American country music singer/songwriter known for her bawdy humor, flamboyant dress and voluptuous figure, has performed at the Sunset Strip’s Roxy. She has 26 No. 1 singles (a record for a female performer) and 42 top-10 country albums (more than anyone else).

“The Eliminator” by Danny Curnen. 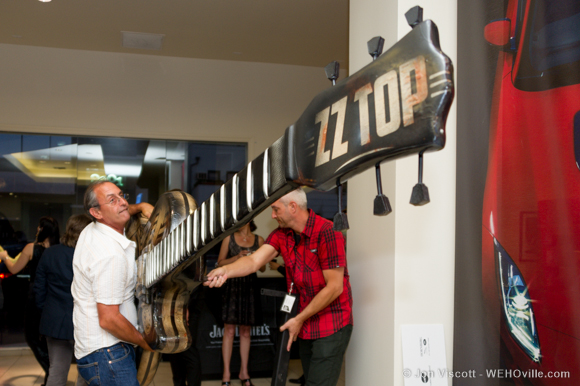 Curnen’s guitar was inspired by the music and influence of rock and roll band ZZ Top, who performed at the Whisky a Go Go and House of Blues.

“Soldier in Repose” by Mike Shinoda. 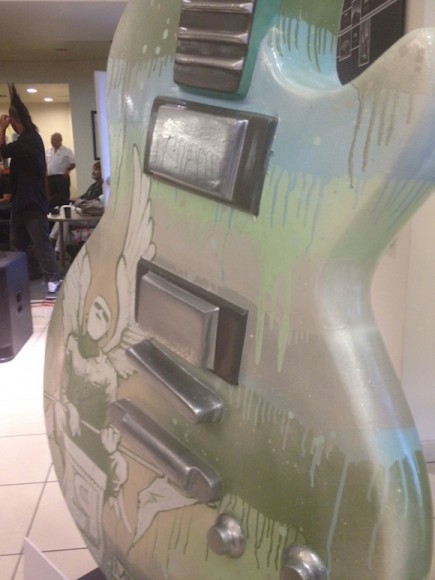 Linkin Park’s first shows were played on Sunset Boulevard. On Shinoda’s guitar, the band’s “Hybrid Theory” soldier is shown in a moment of reflection. Linkin Park will headline this year’s music festival.