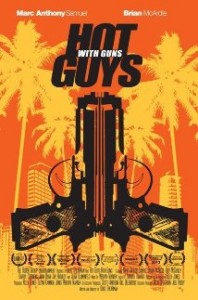 Eleven Nightclub hosts an after-party for the premiere of “Hot Guys with Guns,” which plays at 8:30 p.m. at Ford Theatre, 2580 Cahuenga Blvd. west of the 101 Freeway. The after-party will host a number of stars, including the cast of the film. Five-time Grammy Award-winner Mervyn Warren will also perform. Eleven Nightclub, 8811 Santa Monica Blvd. and Larrabee.