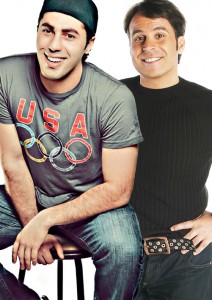 Adam Ray and Ant team headline at the Comedy Store with Jason D’Anchise, Kurt Lockwood and Brian Monarch. Ray is best known for his guest roles in various TV shows, including “Arrested Development” and “Workaholics” and was recently the supporting lead in the feature film “The Heat.” Anthony Steven Kalloniatis, widely known as Ant, is a stand-up comic with over 20 years in the business and multiple appearances on late-night talk shows and Comedy Central. He has been a judge on NBC’s “Last Comic Standing.” Tickets, $14, and more information online.