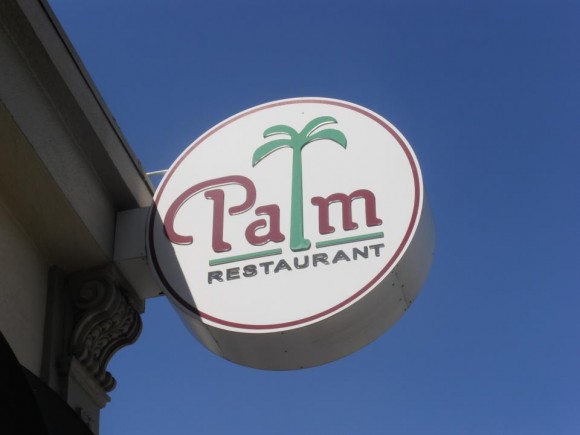 West Hollywood’s famed Palm Restaurant, a fixture on the area’s restaurant since since opening in 1975, will not be a part of future development plans at 9001 Santa Monica Blvd. west of La Peer as a mixed-use project moves forward for the property.

An exact closing date for the steakhouse, known for its caricatures of celebrities on the walls, is not known as calls to the restaurant were not returned. However, an amended development agreement for the site was recently approved by the city’s Planning Commission and states the Palm will no longer be a part of the proposed five-story mixed-use project that will have 9,850 square feet of retail space and 42 residential units, eight of which will be affordable units.

In 2007, the City Council approved the project, which was to be done in two phases to allow the Palm to remain open during construction. With the approval of the new development agreement, the phasing has been eliminated and the staff report indicates the restaurant will close.

Ira Handelman, the lobbyist representing the 9001 Santa Monica Blvd. LLC, said the restaurant owners intended to find a new location, but he didn’t have any specifics about its closing. The 30-store Palm Restaurant chain also has a location at 1100 S. Flower St. in Downtown Los Angeles, which opened in 2002.

On a 5-1 vote, the Planning Commission approved extending the site’s development agreement by four years to now expire in January 2020. Commissioner John Altschul voted against the extension.

Under the terms of the amended development agreement, the 9001 Santa Monica Blvd. project, which is commonly referred to as the “Palm Project,” must start construction by July 2016.

Under the previous development agreement, the project was required to start construction by July 2013. The project site includes the Palm Restaurant building as well as the adjacent parking lot and auto repair business.

Shortly after the Palm Project was first approved in 2007, residents Jeanne Dobrin and Allegra Allison filed a lawsuit against it because the proposed height of 62 feet exceeded the city’s zoning code, which allows a 55-foot maximum height for five-story buildings. That lawsuit was eventually settled and the height was reduced to 55 feet.

Correction: An earlier version of this story incorrectly stated that the Palm Restaurant would be leaving West Hollywood. The story should have stated that the restaurant will be closing at its current location.

Yet another case of RAMPANT over-development and pushing the locals out. I have heard that The Palm is considering Beverly Hills or Santa Monica but will assuredly be leaving its current location because being part of a big ugly development (Pavilion’s anyone?) is just not the same as having a stand-alone location. Would be interesting to see which developer and lobbyist team is pushing for more mixed use? It has a DISASTROUS track record in Weho but lobbyists like Steve Afriat also runs the campaigns of Duran, Damico and Prang and he likely charged less for his services in exchange… Read more »

Sam/Waynebeau: High end or not, 28 locations means It’s a chain! Carl’s Jr. started out as a family owned business too.
There is no winning with many of you people. You complain that small mom & pop businesses and restaurants are forced out by upscale and expensive businesses and in the same breath you complain because a steak chain that 95% of people can’t afford is leaving.

What do you people want other than to complain?

This is progress and it’s a good thing.

The Palm Restaurant is not closing or leaving West Hollywood. They are considering renovating & enlarging as they have done at their Boston & Houston locations. They tell me they plan on being in West Hollywood for the near & distant future.

The Palm is a 4th generation family owned restaurant that started over 87 years ago. Anyone who’s ever been to its west Hollywood location knows it should never be called a chain. That restaurant has so much history and character. It will be a sad day when it’s gone.

Disgusting. I’m sick of the rampant over-development of West Hollywood
…and I’m one of the few West Hollywood residents that actually votes in EVERY election.

@snarkygal: The Palm is part of a mixed use development downtown, so what’s the difference? The downtown building is hideous compared to what’s planned for the Weho site. They could stay if they wanted to, they don’t want to. Now are we going to mourn the demise of a chain restaurant?

The Palm has been there for 37 years and it a great upscale restaurant and local hangout. It’s not a Jack in the Box as a chain restaurant would be. I’m not sure if you have ever been in The Palm in West Hollywood but it’s a really nice place to have lunch or dinner with friends or people visiting.

Are they planning for every square inch of Santa Monica Blvd. to be filled with mixed use buildings? Did they really think a restaurant like the Palm would be content to be part of a mixed use project? ENOUGH IS ENOUGH!