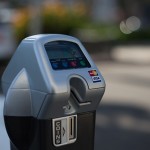 West Hollywood’s controversial extension of parking meter hours will take effect Sept. 3 according to an announcement today from City Hall.

Meter hours for WeHo parking meeters, which will be different in different neighborhoods, are as follows:

• Eastside, including Santa Monica Boulevard from Fairfax Avenue to La Brea Avenue and surrounding streets: 8 a.m. to 8 p.m., Monday through Saturday and 11 a.m. through 8 p.m., Sundays.

• Mid-City, including Santa Monica Boulevard from La Cienega Boulevard to Fairfax Avenue, and surrounding streets: 8 a.m. to 10 p.m., Monday through Saturday and 11 a.m. through 8 p.m., Sundays.

Signs explaining the new parking hours will be installed next month. Meter fees will continue to be $1.50 an hour.

The City Council approved the extended meter hours, including requiring that motorists pay to park on Sundays, last April. The approval brought objections from employees of many local businesses with late hours, such as bars and nightclubs on the west end of Santa Monica Boulevard, that they had few alternatives to parking for free on the street. Some also objected that being forced to park in garages or lots far from their places of employment would expose to them danger late at night.

But supporters on the council argued that extending parking meter hours would result in greater turnover at meters, which would be better for local businesses. The council allocated $1 million in revenue expected from the extended hours to pay for increased street trafficking by the Los Angeles County Sheriff’s Department and private security agencies. Councilmembers also noted that those seeking extended parking periods (many meters limit parking to two hours) can use city and private parking garages and lots. A list of city garages and lots can be found in the Explore WeHo section of WEHOville.com.

More information about the extended meter hours is available from the city’s parking division at (323) 848-6375 or online.

this is total BS and so greedy! our city is already in the black, what is the point of this. geez!

The greed of this City, which claims to have plenty of money, knows no bounds. Councilman D’Amico is the only one who sees the extended hours and days as unneeded and unwarranted. I agree with him.