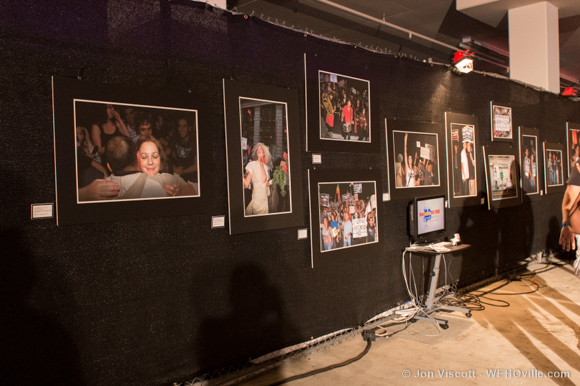 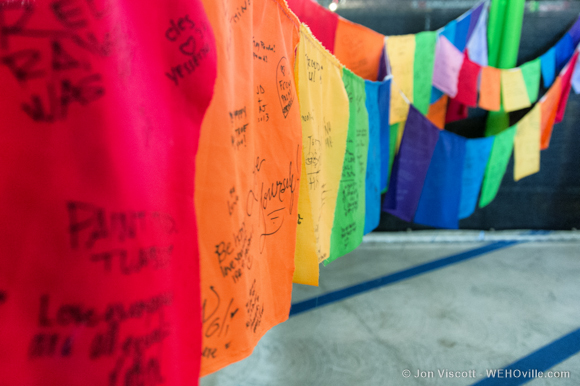 Growing up in Indiana, David McCoy never imagined there was a place out there like West Hollywood, or an event like Pride.

McCoy, openly gay, said it wasn’t easy coming out in the Midwestern state. When he moved to the outskirts of WeHo in 2004, “It was a big change,” the 31-year-old said with a laugh.

And that’s part of the reason why he embraces both the party scene and a space for art and LGBT heritage education at the Pride festival.

“I believe in balance,” said McCoy, who was promoting his documentary “Love Equals Love” at this year’s festival. “There’s room and need to celebrate and have fun. There was a group here from Saudi Arabia. They needed both. They needed that release out there too. And there are people who moved from Indiana like me that need that opportunity. It does mean something to people. But so does this art. This is something that needs to grow.”

While thousands drank and danced outside, McCoy was among a number of artists exhibiting work at the first-ever “Momentum” exhibition, held Saturday and Sunday in the bottom-most level of the West Hollywood Library parking lot.

Despite having just five weeks to put together the event, organizer Glenne McElhinney said it was huge success and saw roughly 5,000 to 7,000 visitors.

“We feel like we’re providing a little bit of culture and history,” McElhinney said.

For McCoy, it was a last-minute opportunity to put on his first-ever exhibit, which featured photos from LGBT rallies in the wake of the passage of Prop 8. McCoy is currently looking for donations to edit film footage for his documentary, which follows the LGBT grassroots movement in the Greater Los Angeles area since 2008.

“I had one woman who actually spotted herself in the photos,” said McCoy. “People love to see their stories out there. Even if it’s literally not their story, they connect with it, and that’s what’s important about Pride that you don’t get at the bar or go-go scene.”

Despite only learning about “Momentum” over Memorial Day weekend, McCoy found enough support from sponsors — who helped pay for the matting and printing of his photos — to participate.

“I felt like it was time to revive it,” said McElhinney.

In the meantime, she began communicating with a number of LGBT archives, just in case she got approved.

McCoy’s exhibit was one of two debuts at Momentum, the other being McElhinney’s display of photos of the original rainbow flags.

McElhinney was a volunteer who helped dye some of the original rainbow flags in 1978 as part of the “Rainbow Pride Flag project” — “I remember my hands and feet were dyed brown from all the colors at the end of the day,” she said. More than 30 volunteers helped dye the first two rainbow flags, which were both 40 by 60 feet. They were first exhibited in the Gay Freedom Day Parade (later “San Francisco Pride”) on June 25, 1978.

Gilbert Baker designed the flag, while James MacNamara assisted with sewing and Fairie Argyle with dyeing. The group of volunteers were stationed on the top floor of the “Gay Community Center,” according to McElhinney, who said that the center was condemned and demolished shortly after the assassination of Harvey Milk, the celebrated LGBT activist who was on San Francisco’s Board of Supervisors. That led to the destruction of many of those original rainbow flags, McElhinney said.

Also on display at Momentum was the “Colors of Compassion” project, which featured rainbow-colored “prayer flags” with personalized messages from the LGBT community.

McElhinney expects to see Momentum approved again for next year, and believes it can be bigger and better with more time to prepare.

“I want to make sure this continues, this show,” said McCoy. “I do agree that Pride needs more art work, it needs more activism, it needs more of our history. That’s what Pride started out as. I enjoy going out and the drinks, what I think we need is a balance, and this brings the balance. I really want people to know this is here.” 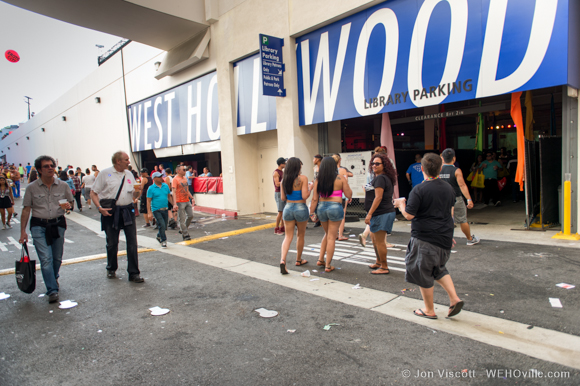 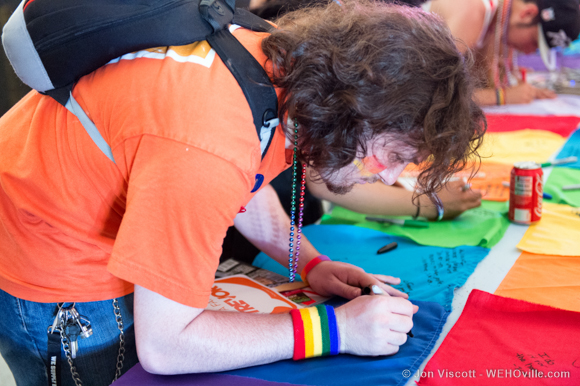 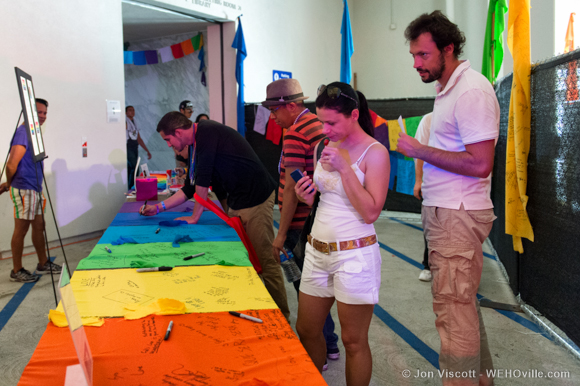 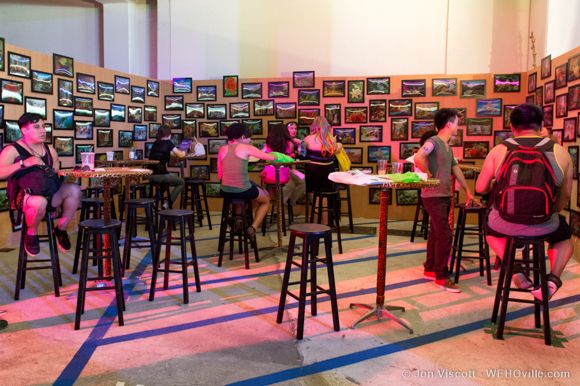 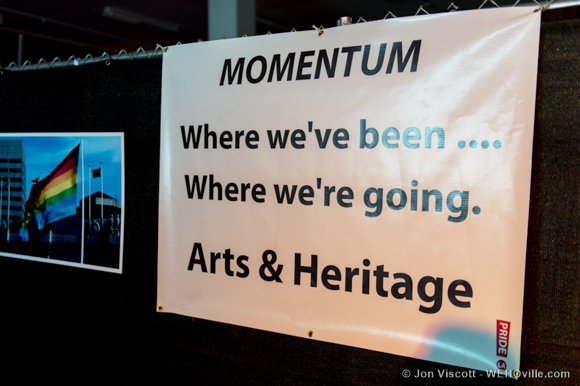 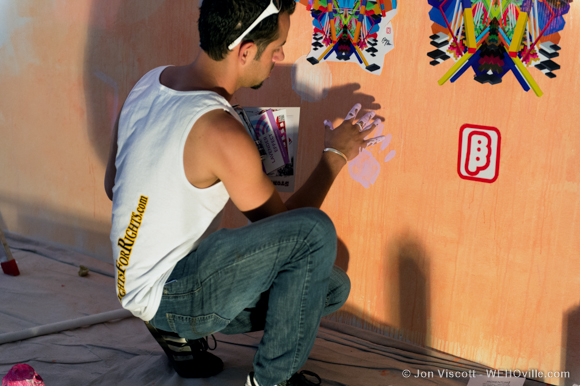 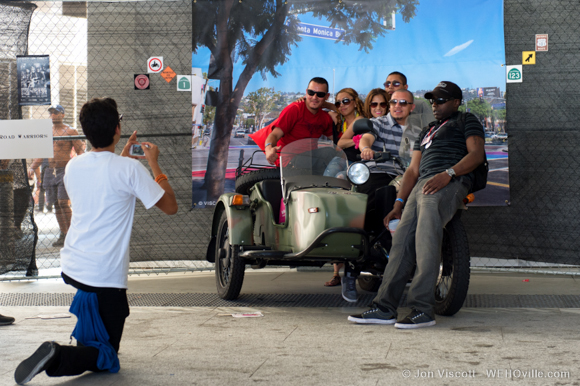 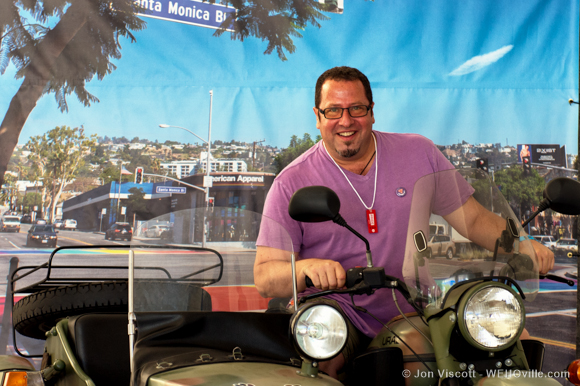 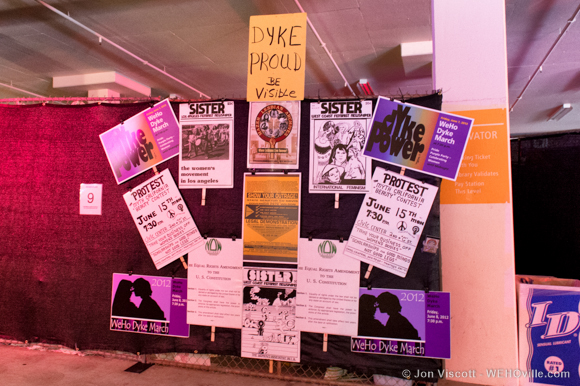 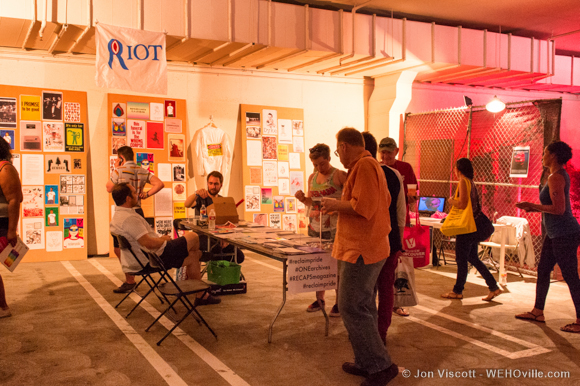 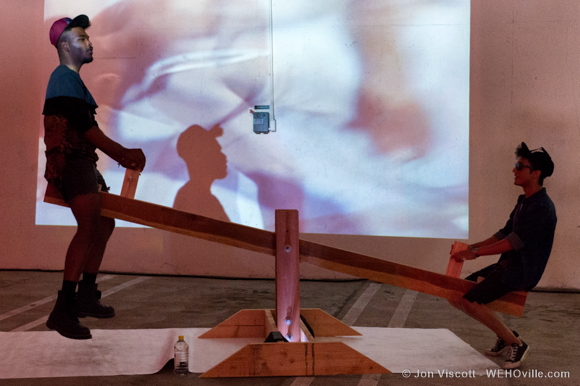 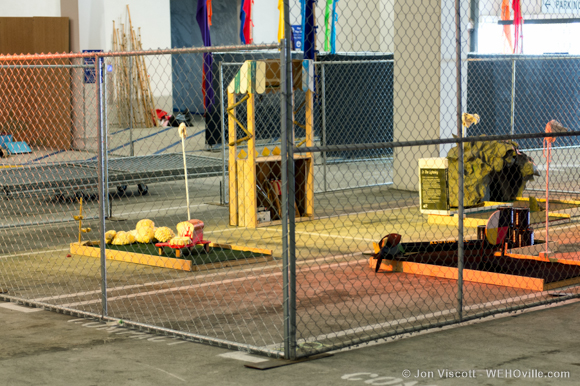 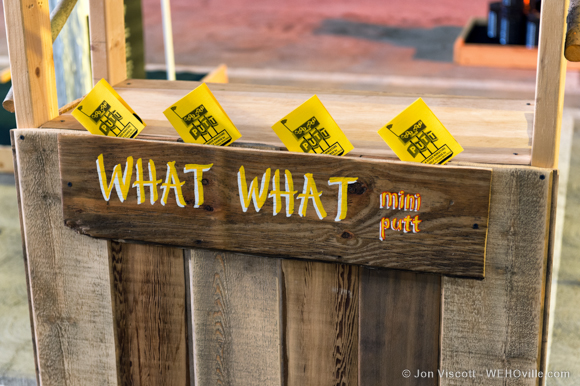