The second annual event, this year titled “Good Queer,” showcased the work of LGBT artists examining what it means to be a “good queer.”

Partipants perused pop-up installations, many housed in U-Hauls scattered throughout the lot, while others watched performances on the main stage, or listened to artist q-and-a’s.

On the main stage, housed in a truck bed with red flames as a backdrop, Miss Barbie Q, an LA drag queen and performance artist, hosted a full afternoon of performances, which included artists from popular Silver Lake Akbar gay bar shows Planet Queer and Apt 3f. Homo-centric, which hosts readings for LGBTQI writers and performers at Stories Books and Cafe in Echo Park, also presented a number of storytellers.

Pop-up art installations included: a “What What” mini-putt course highlighting overlooked moments in LGBTQI history; Patrisse Cullors’ “Warriors: Dressed in Queer, Cloaked in Now” performance; Sarah Barnard’s “How Do You Know?” installation, which was made up from written and audio responses gathered from around the globe showing how language defines male and female identity; Brian Getnick and Bryatt Bryant’s “The Night’s Load,” a multimedia installation in which two outcasts haul what they remember and forget to the end of the road, and a “Legacy Garden Altar” inviting participants to “commune with the spirits of various LGBTQ figures from history,” and put on by The Lavender Effect. 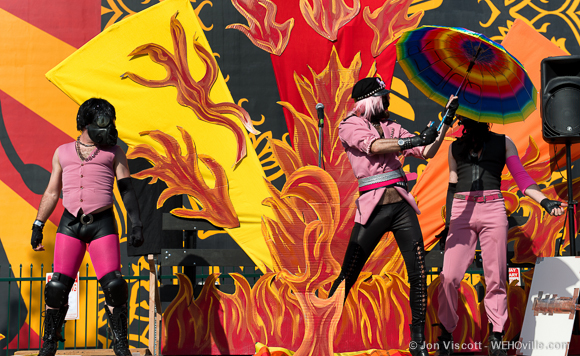 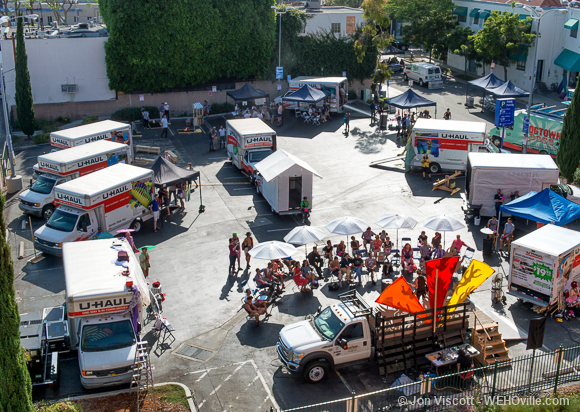 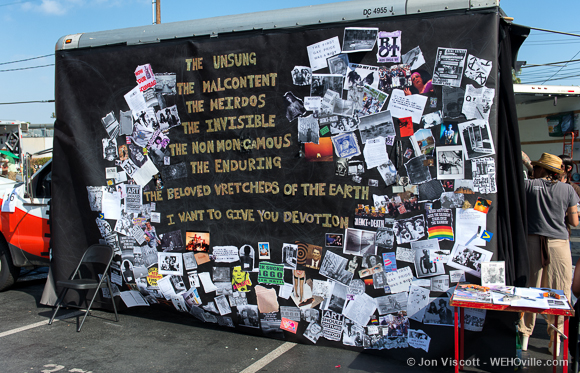 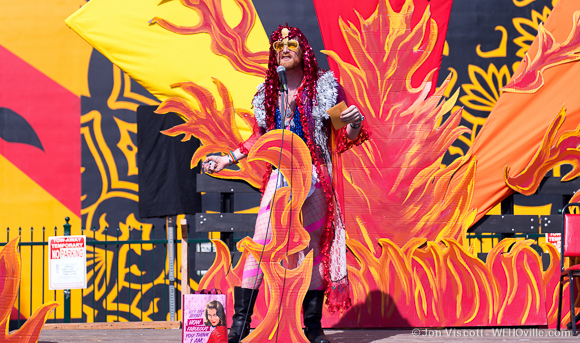 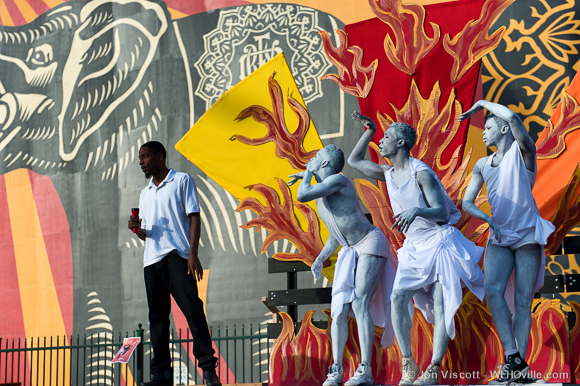 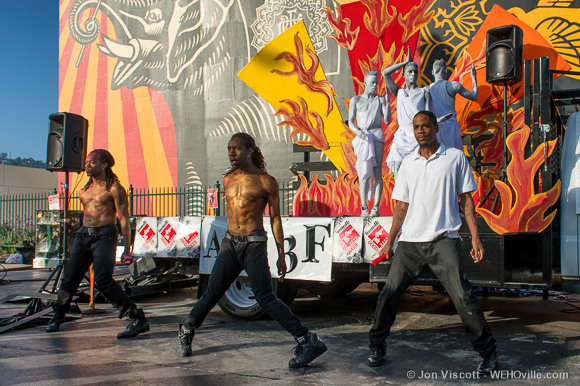 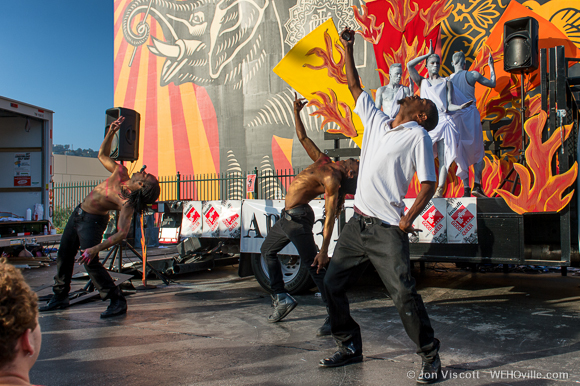 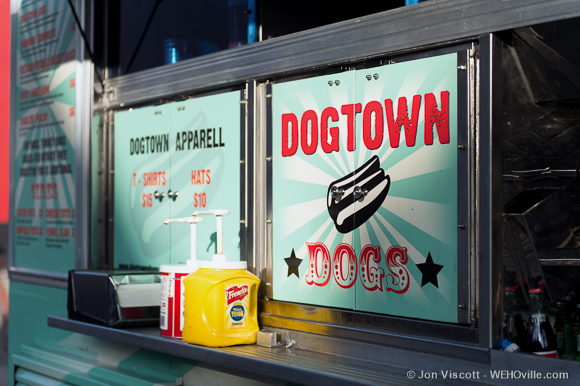 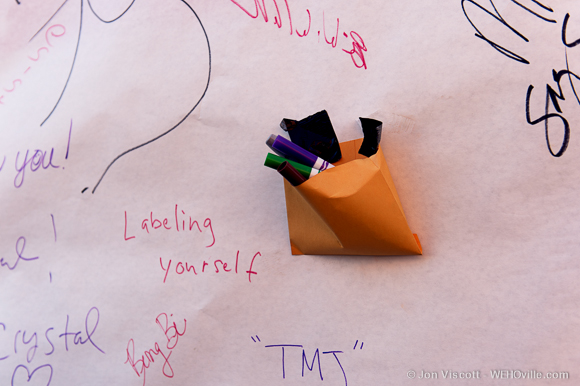 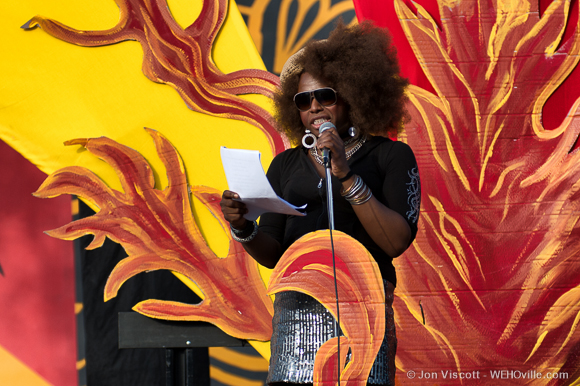 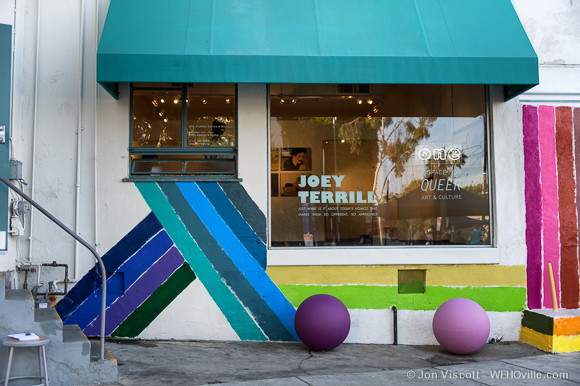 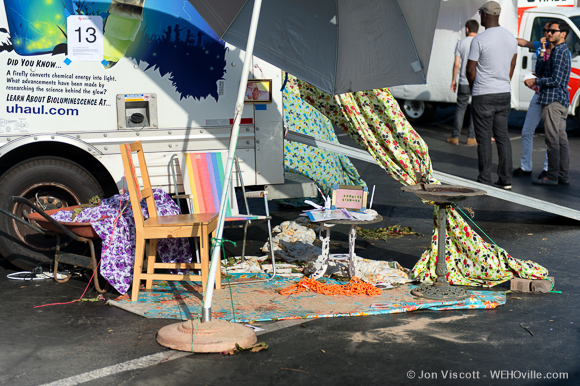 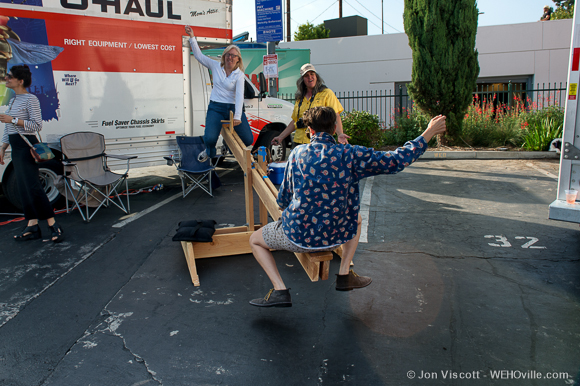 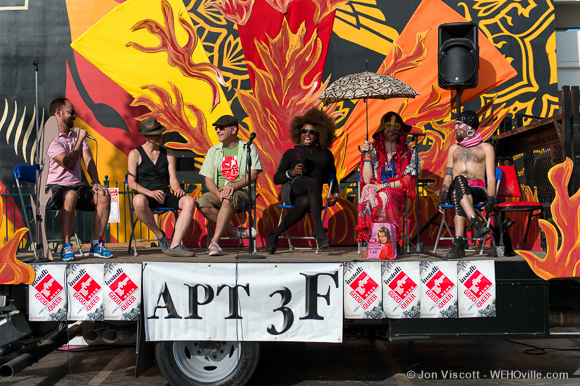 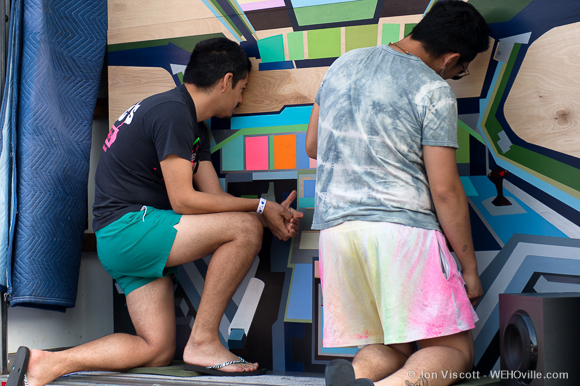 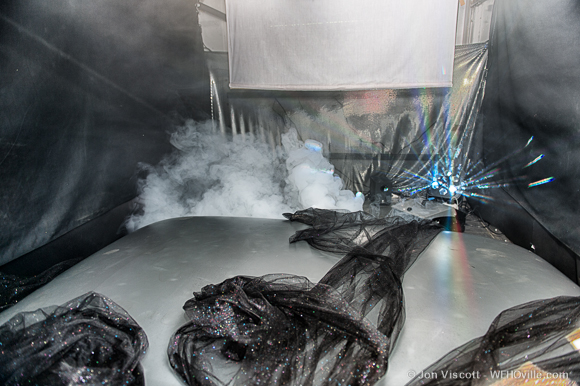 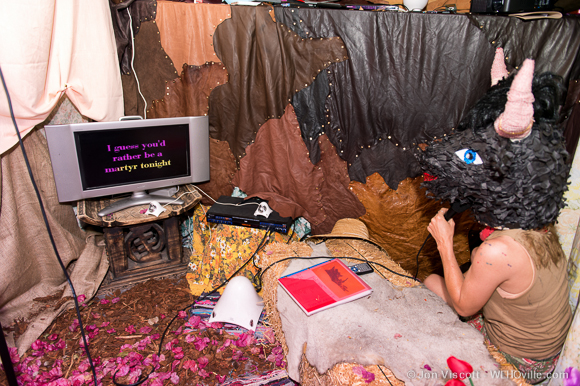 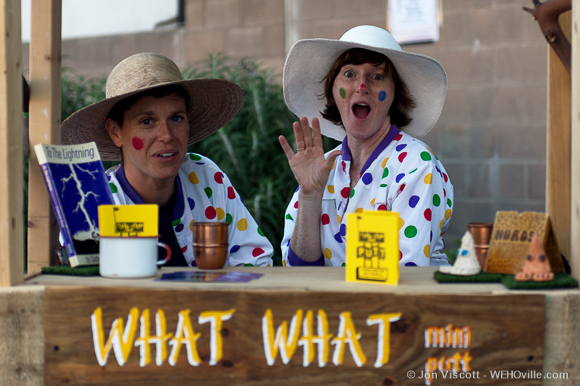 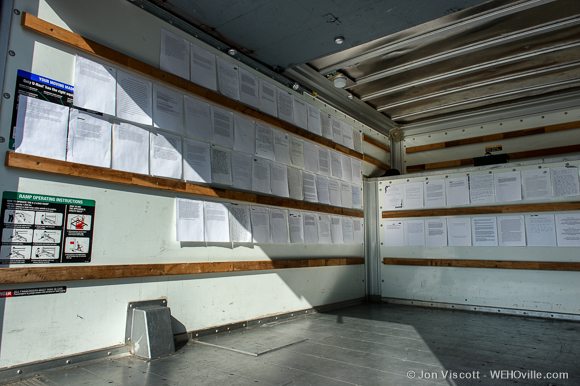 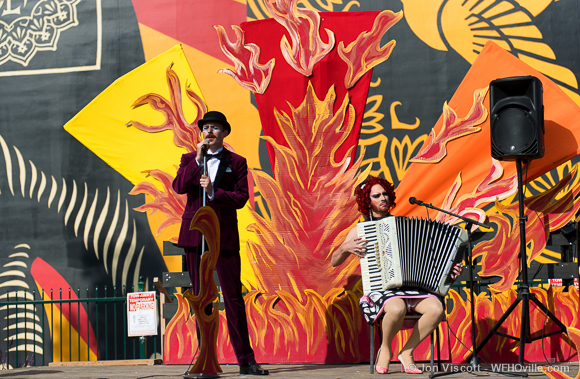 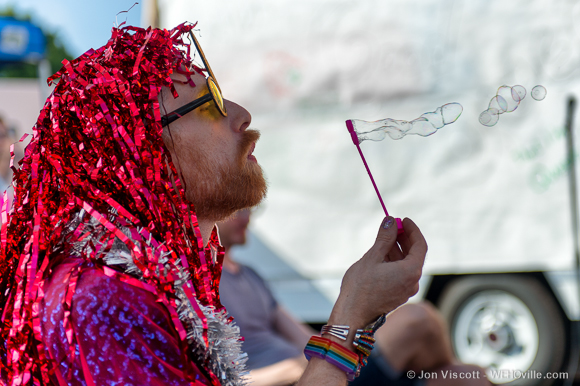 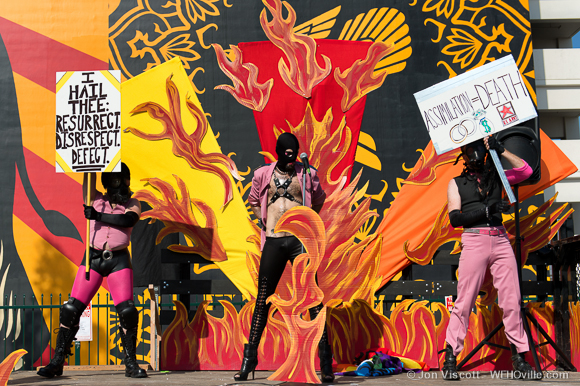 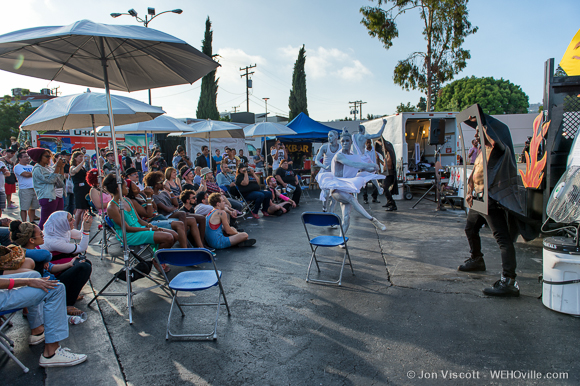 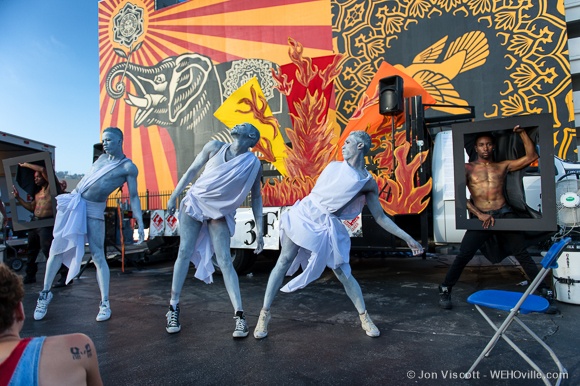 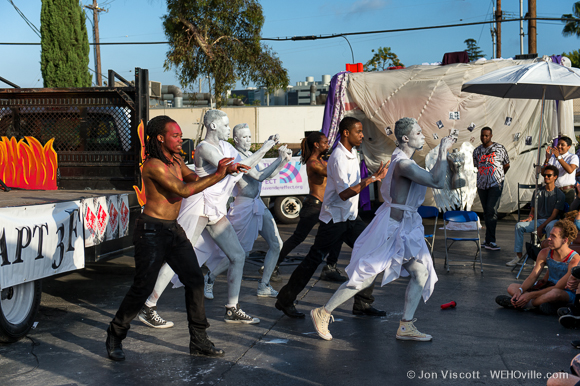 très tragique….i’m glad they hid this hot mess behind the parking structure…..seriously west hollywood, SERIOUSLY????….is this really the best we can do as the “creative city”?….disappointing