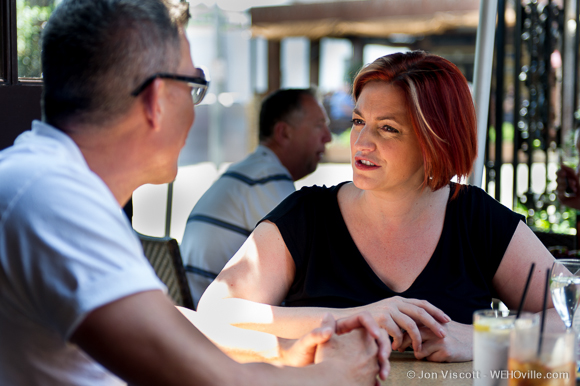 For psychic Lisa Williams, an impromptu “reading” is nothing new.

While hosting her own television shows, Williams would sometimes surprise passers-by, shoppers or shopkeepers with messages from beyond.

So, on a recent Saturday in West Hollywood, it came as little surprise when Williams — while shooting her feature for us — found herself doing readings for the management at the Abbey, including president David Cooley and general manager Todd Barnes.

In 2004, it was another chance occurrence that led her down the path to fame. After giving a reading to a senior staff member of TV host Merv Griffin, Griffin ended up working with her to host her own show “Lisa Williams: Life Among the Dead,” which aired for two seasons on Lifetime from 2006-2007. Her show “Lisa Williams: Voice From the Other Side” ran for five consecutive nights on Lifetime in October 2008.

While the friendly, outgoing medium and healer hails from England, she has lived in Los Angeles for 3 1/2 years, and enjoys spending time in West Hollywood, especially the Abbey.

In late 2009, Williams and her then-husband separated, and she is now in a relationship with a female partner. Currently, she lives with her son, Charles, in Pacific Palisades, where she runs a school for aspiring psychics.

In her own words, here is Lisa Williams’ perfect Saturday in West Hollywood:

Wow, it’s Saturday and I can’t believe I’m alone and don’t have to be somewhere. It doesn’t happen very often, but when it does it’s a luxury. Don’t get me wrong, I love and adore my 13-year-old son Charlie, but some “me time” is what every parent needs. So, while he’s camping and doing the “boy thing” with the rest of his scout troop, the day is mine to do as I please. Ahhhhh heaven!

After dropping off Charlie at some unearthly hour in the morning — a time when in my 20s I would just be strolling home — I actually head back to bed. There is nothing better. I travel extensively, so my bed is a place of peace.

I start to feel guilty that I’ve spent half of my glorious day sleeping. So I take Max and Lucy (my Shih-poo’s) to the park. It’s kind of my own meditation time, walking the dogs. When you live in LA with all the hustle and bustle, some tranquility and fresh air is all you need to feel restored and alive again.

We get home and I grab my bag, sunglasses and keys.

I went to Thailand in November and since then I’ve been on a little health kick. Every morning when I am home, I put fruits and veggies into my Vitamix and come up with some concoction.

But it’s a weekend, so I don’t want the hassle. Having something healthy and pre-made is a bonus for me … I love it! Those who know me, know I hate messy kitchens and I don’t like to cook.

On a Saturday, I often shop and grab some girlie things. I’m such a girl that any sort of makeup or sparkles and I am there!

The Abbey is a place I hang out at a lot, either on a Friday or Saturday night. If I’ve had my haircut, I wander up Robertson and grab some food there.

I’m a big people-watcher. I find that it helps me in my work. As a psychic medium, spirits connect with me. They will show me things that I can relate to, and often they show me personalities. So I watch people.

I look at people’s mannerisms and quirky ways. Everyone is fascinating and interesting. EVERYONE has a story. Many people ask me if I always see “dead people.” The answer is no, unless I feel something or someone is urging me to give a message. If that happens, I have to share what I get. It can sometimes freak people out, especially when I tell them why I need to chat with them. But most of the time it’s well received and I walk away making a friend or two.

After a day of shopping, it’s time to head home to walk the pups and catch up on some work before I glam myself up and join my girls for a night out.

Who knows who you are going to meet and how they will change your life, so a girl has to look her best. With that said, where’s the sparkly eyeliner I just bought? 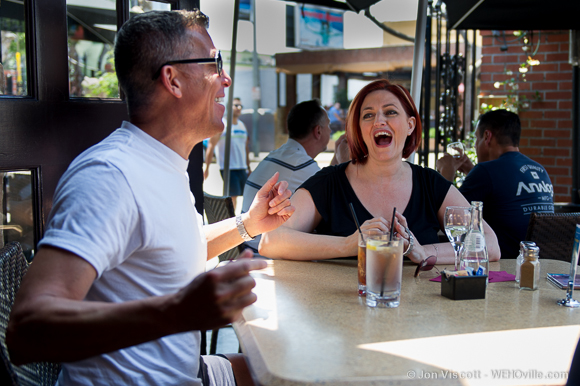 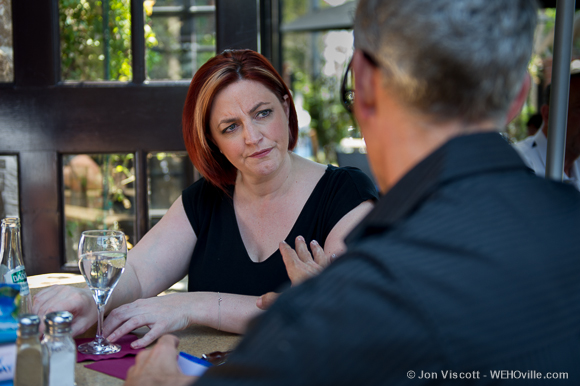 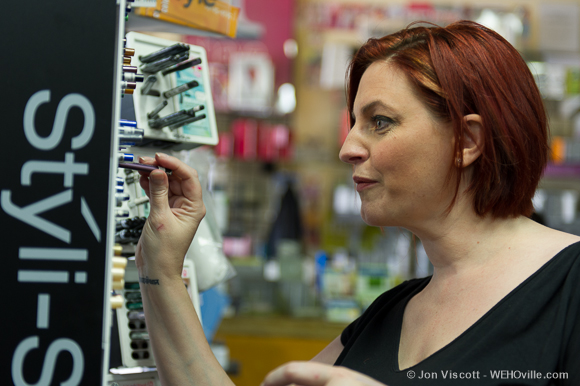 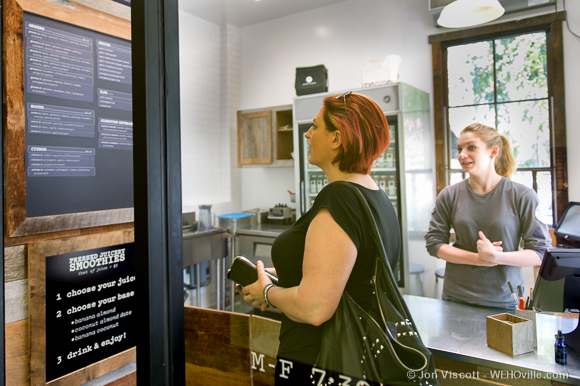 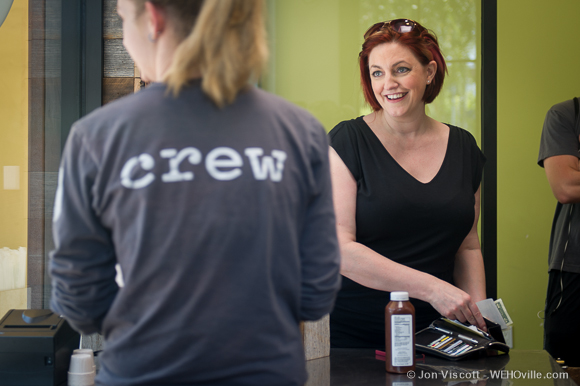