The West Hollywood City Council directed city staff members to develop a program for rehabilitating the city’s many aging properties Monday night as council members grapple over how to incentivize property owners to make repairs.

In April 2012, Councilmember John D’Amico introduced a proposal for ways to fund needed repairs and upgrades to many of the city’s aging apartment buildings. At that meeting, the council members emphasized that city funds could not be used for such renovations, but agreed to commission a study on other ways to fund renovations.

That report, prepared by the Clark Consulting Group, came back Monday. It stated that 89 percent of the city’s 24,000 residential units were built prior to 1980, and 49 percent built prior to 1960. The report estimated it would cost $187 million to rehabilitate all of the units that are 30 years or older.

The report offered a few sources for limited funding, such as the federal Historic Preservation Tax Incentives program and the Community Development Financial Institution, which provides funds for economic revitalization.

However, rather than address those options, the council discussion quickly reverted to the city funding those repairs.

“The responsibility of taking care of property is the property owner’s,” said Councilmember John Heilman. 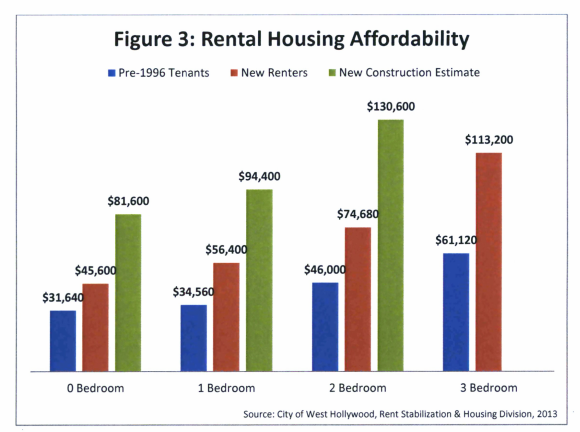 D’Amico, who said he ran for office in part to address the issue of seeing repairs done to the aging buildings, chastised his colleagues for immediately making the conversation about city funding.

“Some of my colleagues are bringing out the boogeyman of giving money to landlords,” said D’Amico. “That’s not what this is about. It’s never been about this. We can scare the people as much as we want, but ultimately, there are a lot of units in this city that need some attention. This is about fixing up the homes that people live in … I don’t want to give money to landlords. What I want to do is make places where residents live healthier.”

D’Amico estimated there are approximately 1,600 units that are in drastic need of repairs, such as getting rid of mold, fixing electrical and plumbing problems.

The city’s rent stabilization laws keep rents low, which limits the funds landlords have available for repairs. Of the city’s 24,000 rental units, 15,000 fall under rent control laws (which apply to apartments built prior to 1980).

Resident Donald Elmblad, who owns a four-unit building on Huntley Drive, said he has spent over $100,000 in repairs/renovations on a one-bedroom unit, yet due to the city’s rent control laws the tenant paid just $160 monthly for 17 years.

“Rent control has really screwed me up royally,” Elmblad said.

The state’s Costa-Hawkins Act allows a landlord to raise the rent to market rates when a unit is vacated. That potential extra income often serves as an incentive for landlords to upgrade apartments so a higher rent can be charged.

Elizabeth Savage, the city’s director of Human Services and Rent Stabilization, told the council that 60 percent of the city’s residential units have gone to market rates since 1994.

Duran said many landlords have told him it is easier to wait until units are vacant before doing renovations. Duran speculated that in the next 10 years, another 20 percent will go to market rate.

“Nothing has deprived us of our police powers,” said Duran. “If there is in fact vermin infestation or if there is mold or any of those sort of housing code violations, we do have code enforcement.”

Heilman pointed out that many landlords are incentivized to make needed repairs after the city’s Rent Stabilization Commission grants a tenant a rent decrease for problems that aren’t fixed. He also suggested that the city could waive various fees for landlords willing to make repairs.

The size of a building also factors into the ability to fund rehabilitations – the larger the building and the more buildings a landlord owns, the easier it is to fund repairs.

Longtime resident Ed Buck suggested that when units do become vacant, the city could require landlords to make the units energy efficient by putting in insulation or energy efficient appliances.

Mayor Abbe Land noted that by state law the city’s rent stabilization ordinances don’t cover anything built since 1979, so the city has no way of enforcing any upgrades to those apartments.

Duran pointed out that many buildings need seismic retrofitting, something that would also be costly.

Council members unanimously instructed staff members from the Human Services and Rent Stabilization Department to report back in six months with a draft program for housing rehabilitation.

so the real question is: WHY are existing codes not enforced?

Keeping older buildings Safe and up to Code is the issue and rent control should have nothing to do with it. There is really nothing to grapple with. What the Councilmembers need to recognize if aging housing stock is indeed a concern, is the total lack of enforcement for existing safety and code regulations. The city inspectors do not have any system for regular and routine inspections, hence there is limited compliance. There are rules on the books for railings to be childproof, pools to have dual filters, facades to be painted regularly, free of peeling paint and on the… Read more »

There is no teeth to the Rent Stabilization law. My landlord refused to make repairs the RSB ordered him to do. He is not fined and I get a very small rent reduction. The whole building has plumbing problems and has termites. The city inspected the whole building but said they could not make him fix plumbing. Useless!

I wish the city charter would require members of city council to take (and pass) an economics class. Requiring an owner of a business to provide their product at a price where there’s no profit margin is a business model that makes no financial sense. It is unsustainable.

West Hollywood’s lack of modern rental housing is a real bummer. While I love West Hollywood more than anything, our apartment stock is ugly, rundown and generally lacking in modern amenities.