Talk about a fish out of water.

File this one away in the “only in WeHo” category: In only a Speedo, local water polo player Michael Crosby took to the public comment podium at Monday night’s City Council meeting to express his approval of the city’s plans to build a whole new recreation center, including two pools on the rooftop.

In the ultimate irony, the City Council later approved “code of conduct” rules (unrelated to Crosby’s stunt) requiring speakers to wear shoes and a shirt, although the rules did not include pants.

While Crosby appeared ready to dive in Monday, the pools probably won’t be done for about four-and-a-half years.

Also speaking, and a little more appropriately dressed, was Markus Rogan, an Austrian swimmer who won two silver medals at the 2004 Summer Olympics in Athens, Greece and a gold medal in the 200m backstroke at the 2008 World Championships in Manchester.

Below, see freelance photographer Jon Viscott’s shots of Crosby in his game-time gear: 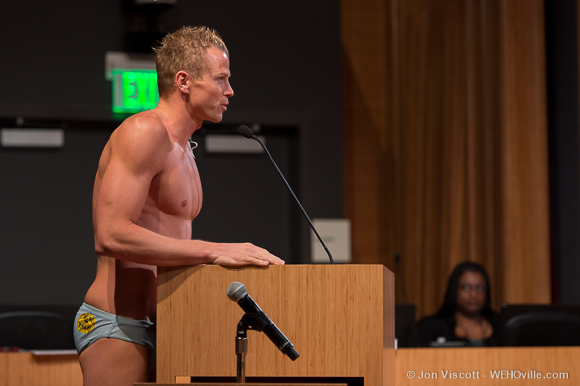 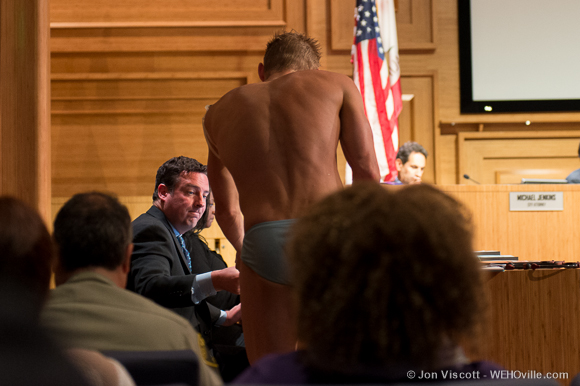 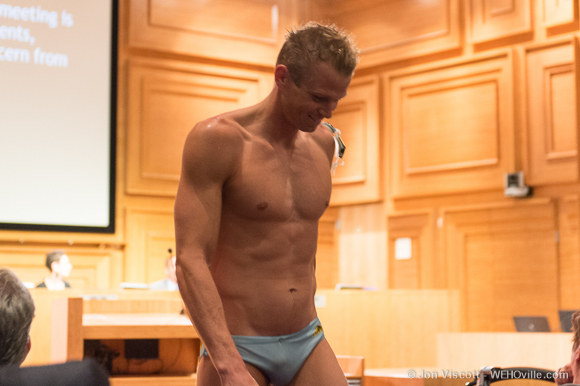 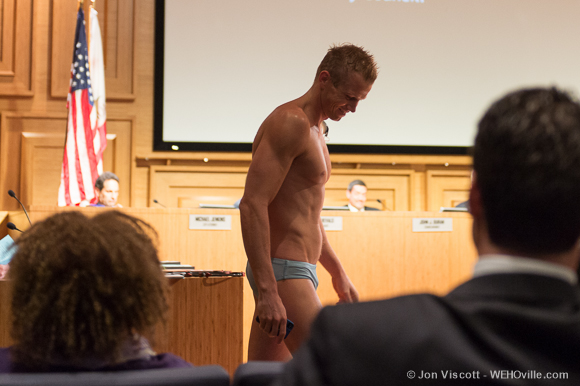 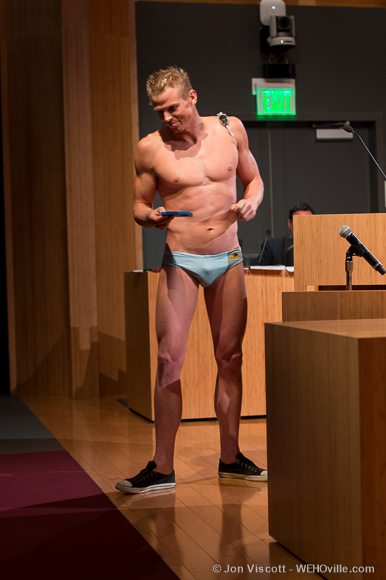 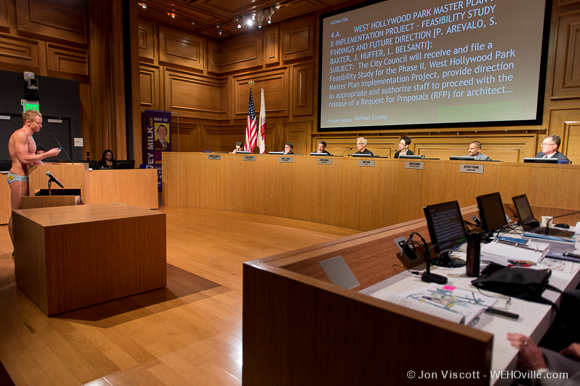 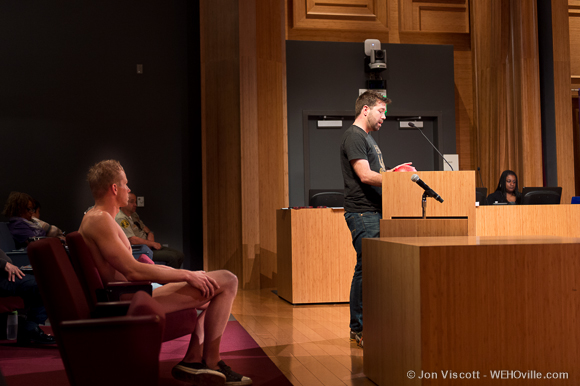 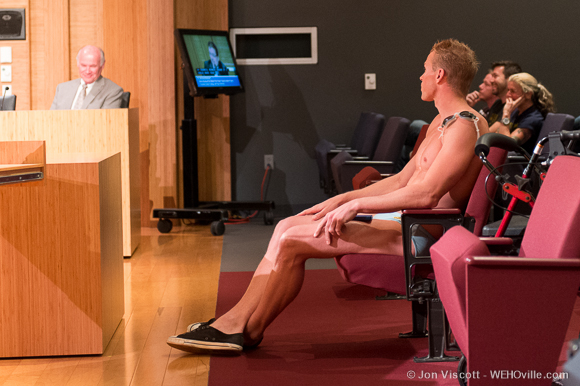 I suspect this very appearance may have prompted the call for more civil city council meetings. I suspect if you showed up in Congress or Parliament or many other political forums you might be asked to go home and get dressed.

Such a shame that 4 out of the 5 council members feel that a buff man wearing a speedo to speak in support of funding aquatics would be considered “unwelcome attire” … in the city of West Hollywood! These 4 out of the 5 council members show time and time again they are not interested in representing the community, only representing their singular interests. That’s fine if they want to run a private company but NOT a public institution. Shame on the council for attacking the 1st Amendment in a very petty way and kudos to Mayor pro temp D’Amico… Read more »