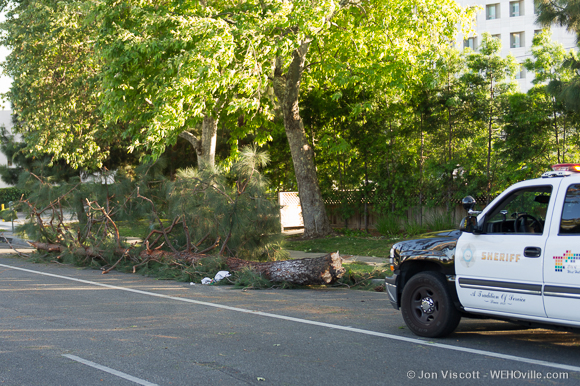 Two people were hospitalized Tuesday night after a tree fell across San Vicente Boulevard, smashing both of the victims cars and blocking the typically busy street through West Hollywood during rush hour traffic.

Neither injury was life threatening and both people were taken to Cedars-Sinai Medical Center, according to West Hollywood Sheriff’s Department Lt. William Nash, who said he received a report about the incident at 4:50 p.m.

For awhile, the tree was blocking both the north and south sides of San Vicente at Beverly, according to Nash. The boulevard has since reopened to traffic. 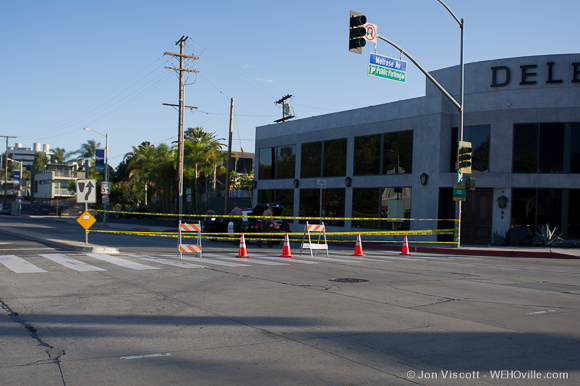 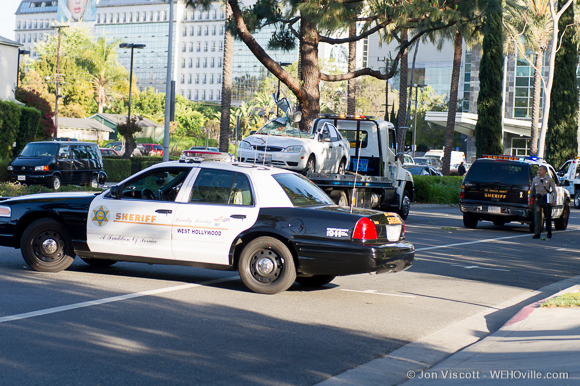