Ace Outdoor Advertising’s proposal to modify its “tall wall” sign at 8730 Sunset Blvd. will present a perfect storm of conflicts of interest when it finally reaches the West Hollywood City Council.

The city Planning Commission on Wednesday rejected a planning staffer’s recommendation that it not approve the modification because it would obscure the building’s iconic sign and amount to a “conditional use permit” — in other words, an exception to the existing billboard law. But the Planning Commission, in a three-to-one vote, instructed the city planners to come back with a motion to approve the Ace proposal, which was presented by Aaron Green of Afriat Consulting, a lobbying firm.

What do all these people have in common? Steve Afriat, and thousands of dollars in campaign donations from Ace Outdoor. Afriat, whose firm lobbied for approval of the Ace proposal, managed the re-election campaigns this year of Duran and Prang and has worked in the past for Heilman.

Those campaigns were generously funded by Ace and its employees and associates, who, given that they are located 580 miles away in Utah, are likely to have been motivated more by a desire to gain influence than by a passion for West Hollywood’s gay-friendly and progressive political climate.

As we reported earlier, Ace gave $10,000 to the Friends of West Hollywood Committee to Elect John Duran. Ace also contributed $500 to Mayor Jeffrey Prang’s campaign and $3,900 to his unsuccessful 2012 campaign for a state Assembly seat. And in 2011, the company donated $500 each (the maximum allowed to a particular West Hollywood council candidate) to John Heilman, Abbe Land, Lindsay Horvath and John D’Amico, who defeated Horvath.

Was the Planning Commission’s decision influenced by the Afriat/Ace cabal? Was the decision to support Ace’s request a wise one that objectively took into account the interests and needs of WeHo residents and businesses? We don’t profess to know the answer to either question.

What we do know is that as far back as 62 BC smart politicians knew the danger of even the appearance of a conflict of interest. That was the year that Julius Caesar, faced with a rumor of infidelity, divorced poor Pompeia, saying that “my wife ought not even to be under suspicion.” Caesar, astoundingly prescient, didn’t want Rome to be seen by future historians as the Chicago of Europe.

If the City Council doesn’t want West Hollywood to be seen as the Chicago of Southern California, we’d suggest that Councilmember Duran and Mayor Prang announce that they will abstain when the motion to approve Ace’s request comes before them.

Thanks Larry! Maybe you and I can join forces and drive the funny money out of WEHO politics!
https://www.facebook.com/pages/WeHo-Residents-Alliance/286504498063913?ref=hl

Excellent article Hank, eliminating the appearance of impropriety should be the standard rather than the exception.

We need campaign finance reform in WEHO desperately. The residents needs are being run over by the out of town developers and companies whose goal is to extract as much profit for the cities monopoly board as possible. Its time to remove PACS from our election process. Ban non resident contributions to re-election campaigns and limit the donation per individual and or family name to $100 a donation. Why wouldn’t anyone want this? Term limits was the first step in fixing our broken Weho democracy, campaign finance reform is the next step to protect the community for years to come.

all it took for this kind of ‘wink-and-a-nod-pay-for-play’ to have become the way things are done routinely, was for people of integrity to stand by and do nothing.

BINGO! if you want something done in WeHo, just buy the votes!

Wait until Charlie Cohen and Steve Afart push through that HIDEOUS monstrosity where the current MTA building is on!! 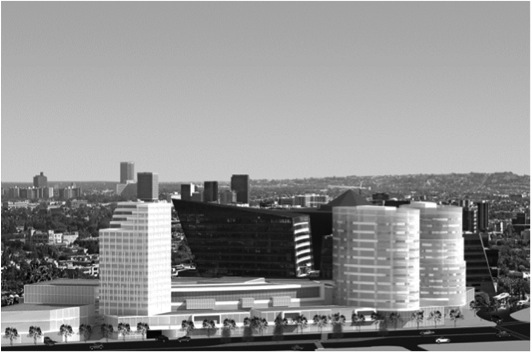