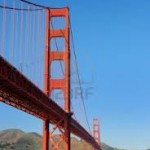 The West Hollywood City Council took another step Monday night toward turning the “Creative City” into the Chicago of Southern California. We’d like to see WeHo aspire instead to become the San Francisco of Southern California, at least where honesty in government is concerned (we can do without the gloomy weather).

On Monday, in a four-to-one vote, with only Councilmember John D’Amico opposed, the council removed the deadline for council members to solicit campaign contributions, which had been set as six months after an election. Presumably, the deadline now is nine months after the election, which is when a council member is required to convert his campaign account to an “officeholder account.” That’s the account from which a council member can shower gifts on nonprofit groups and other political organizations to curry the favor of their board members and leaders, some in a position to return the favor with donations during the next campaign cycle. The council also refused to pass a proposal by Councilmember John Heilman that would have banned lobbyists from managing city election campaigns, serving on city boards and commissions or holding city jobs after that proposal drew an objection from D’Amico. The council punted that issue to Mayor Jeffrey Prang and Heilman, asking them to come back in six months with a solution that addressed that and other campaign reform issues.

We’d like to suggest that Prang and Heilman save themselves and West Hollywood a lot of time by looking 330 miles north to the city of San Francisco, which has a comprehensive set of campaign finance and conflict of interest regulations that West Hollywood would do well to adopt in their entirety.

In San Francisco, city contractors can’t contribute to city election campaigns. A rule like that, if it had been in force in West Hollywood for the March 5 election, would have kept Athens Services from making a $10,000 donation to a campaign committee supporting incumbent John Duran. (We’ll be interested to see how Duran votes on the Athens proposal to modify and extend for five years its lucrative trash pickup contract with the city without putting it out to bid again.)

In San Francisco, the owner of a business can’t circumvent the city’s cap on the amount donated to a particular candidate by donating once under the name of his company and once again under his own name. In fact, in San Francisco, corporations can’t make any donations to political candidates (although they can establish the sort of political action committees identified in national politics with the GOP). A provision like that would have kept real estate companies like KST Property Management of Manhattan Beach and RGM LLC of Torrance from making contributions of $500 each to Mayor Prang’s campaign.

In San Francisco, no campaign consultant can lobby city officials. Steve Afriat, who has been involved in the management of campaigns for four of the five WeHo council members, including incumbents Duran and Prang in the March 5 election, would be forced under such a law to take the ethical high road and abandon either his business clients seeking to influence the council or the council members they seek to influence.

Frankly, we’re not optimistic that the West Hollywood City Council will take the ethical high road and adopt anything like the San Francisco regulations. A review of campaign contributions for the past few elections shows a clear pattern of money doled out to incumbents from business interests outside of West Hollywood over many years. But we would appreciate it if the council members and Afriat would at least stop insulting the intelligence of the residents of West Hollywood and their own business buddies by arguing that those contributions have no impact on how they make decisions.

Those of us who actually run businesses (which is not the case with a single council member) know that smart business people don’t invest where there’s no possibility of a return. And given that so many outsiders continue to invest over and over in the West Hollywood City Council, we’re guessing they’ve decided that that is is a better place to put their money these days than the stock market.

Hank we are so lucky to have your eagle eye on our local issues. Our council cant agree unanimously on a ‘committee’ to explore campaign reform. There are many reforms needed and Im confident that Prang will be practical and in 6 months we will have some reforms initiated. But.. Measure C passed, and as we all know at least one counci member stated that none of the challengers are up to the job.. so.. we need other reforms too. Term Limits on boards and commissions. Lets groom some new people to occupy the council. After all, in 12 years..… Read more »

Why not just have an honest bidding war and whoever can rake in the most money will get the seats. Bid on them – completely stop the sham of ethics, intergrity and honesty. Stop worrying about how lobbyists and campaign managers will be able to circumvent hollow ordinances. Make it Councilman Poker – the person who bets the most wins the pot. Stuffing the ballot box is so old school – why not just stuff cash into accounts and the highest earner gets the job. Since many of the voters already see this as what’s happening – cut the grinnin’… Read more »

No wonder John Duran and his buddies want to extend the time limit for getting cash from their developer buddies for the council race. It must be expensive to hire Steve Afriat as a campaign manager and Ryan Gierach of WeHo News as your PR guy. Gierach, who apparently doesn’t know anything about business, should know that a law firm is a professional services company, which operates quite differently from most other businesses. But, as he likes to say, why get hung up on facts.

As they say, all are entitled to an opinion, bt none are entitled to their own facts. You state that NONE of the five council members run businesses, but John Duran runs a law office. According to the California Secretary of State,
the entity number for his firm is C3445952 Date of filinig is 01/19/2012 the DBA and corporation is ACTIVE and the name of the business entity is DURAN LAW GROUP, A PROFESSIONAL LAW CORPORATION with the Agent for process or service being – GOSH! JOHN J DURAN.
But why would a journalist get hung o=up on facts when he has an opinion to espouse?

Mr. Duran’s logic for opposing the banning of campaign consultants lobbying city officials was basically a paraphrasing of Louis IV: “Trust me, guys: I am immune to undue influence, therefore the city does not need ethics reform”, the implication being “I am the city”.

Human beings are never immune to undue influence, even those that foolishly think they are, or businesses and corporations all over the country would be rather stupid to be showering elected officials with outsized contributions with no return on investment.

Creative City? Under the current and long seated city council the only thing creative they can aspire to is the promise of more and continued name calling, finger pointing, nail scratching and hair pulling they can muster during council sessions. While they’re at it why not sell popcorn in the lobby and have cardboard cut outs of every council person posed in a WWF pose with a hole where their heads would be so they can sell photos for $5 a pop.

Oh…and continued cash flow from outside contractors and developers. Almost forgot that part!

Excellent article, Mr. Scott.
The problem with the “recusal” solution is that then Heilman would be able to have his usual “last word” by not “allowing Duran or Prang” to vote. Perhaps, that was the method to his madness to begin with. The manipulation is astounding. Clearly something must be done if WeHo is to rise above the pay-to-play game that is so evidently ensconced in West Hollywood. Campaign finance reform will be the only way to stop the outside influences.

Thank you for stating (and so eloquently) – what everyone is thinking…