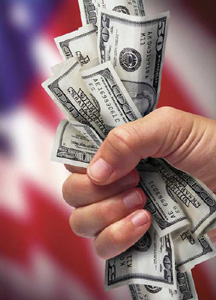 The West Hollywood City Council will be asked on Monday to take one step forward and one step backward in reforming the city’s odorous political campaign finance system.

The step forward is a proposal by Councilmember John Heilman that would prohibit lobbyists from serving as campaign consultants for candidates running for the West Hollywood council. The ordinance also would prohibit the appointment of campaign consultants and lobbyists to any board or commission or any city position that requires the filing of a financial disclosure form. In other words, Steve Afriat, who has managed or been involved in the campaigns of four of the five sitting council members while serving as a lobbyist for businesses with major interests in the city, would have to butt out of WeHo politics.

The step backward is a proposal, supported by all but Councilmember John D’Amico, that would eliminate the current six-month deadline for council candidates to raise money to pay off campaign debts. The argument for it is a technical one: State law bars a candidate from “closing” his or her campaign committee if it has an outstanding debt. (We ask: Why are candidates spending money they don’t have?) The argument against the proposal goes to the heart of WeHo’s campaign finance system, in which outsiders interested in making a buck off West Hollywood pump thousands of dollars into every City Council race.

We saw that happen in the March 5 campaign, where outside real estate interests, city vendors and billboard owners overwhelmingly backed incumbents Jeffrey Prang and John Duran in their successful campaigns for re-election. The same thing happened in the 2011 race, with a twist. In that race, the real estate interests put their money on the incumbents (in West Hollywood, always a smart bet). But when challenger John D’Amico actually won a council seat, they steered some of their dollars his way.

We know that our council members say they can’t be bought. But we also know that shrewd business people, who don’t live in West Hollywood, are unlikely to fund local campaigns unless they get something in return. We also know, from reading the campaign finance reports, that council members use their excess political campaign contributions to make donations to a host of non-profit organizations, on some of whose boards sit those who seek to do business with the city, and to political groups with which they want to curry favor.

The West Hollywood City Council has a deserved reputation for being progressive and enlightened. It also has a growing reputation for being out of touch with the people who live here and being hungry for outside business dollars. Approving Heilman’s lobbyist-as-campaign-consultant ban and setting the day before an election as the deadline for campaign contributions would show the Council doesn’t want sunny West Hollywood to become the cold and dark Chicago of Southern California.

By the by – we don’t really appear to have campaign ethics – so reform is really inaccurate. Adding ethics, honesty and integrity ( I say that a lot – sorry) to the rules of the WeHo
political campaign might be an entertaining thought – or at least an Ethics Board. I think even the GOP has that kind of thing.

And I think they should all admit they bought votes and influence mongered and look to the City of Bell as a cautionary tale of how it can go bad – bad, bad, bad. Even the acquitted preacher sounded guilty as sin when he said the bigger checks were gifts from God. We all know that is a lie and a grunt. John Heilman – who has gone one step beyond with his hair – does sit rather smugly on the sidelines until it is all over then – Eureka – notices that something is amiss. In a small field… Read more »

The six-month deadline is plenty of time. I’d prefer something shorter, quite frankly.

I hear that some are looking at the legality of banning those who live outside of WEHO to contribute to city council campaigns. Now that would be a positive, since that’s where the flood of money is coming from.

Funny to me how Heilman didnt say a word during the campaign, maybe we should also apply a rule then when the election is over the council comes together for hte common good and that starts with a handshake. Heilman sits idly on the sidelines until the election is over to open his mouth. Maybe he should apologize to the voters and to John Damico

If the council is reading this they should know that if they “banked” (pun intended) on their own residents NOT finding out where those enormous amounts of campaign dollars came from or where that money goes once the campaign is over well, they certainly received a wake up call. Reform is the new mantra. Reform will be the change that Measure C started and forever change the make up of this city.