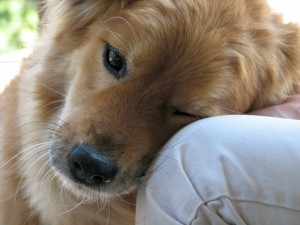 The Humane Society Legislative Fund, a national organization that works to pass animal protection laws at the state and federal level, has endorsed West Hollywood Mayor Jeffrey Prang in the March 5 city election.

Prang led a resolution to ban pet rental franchises from operating within the city and co-authored an ordinance to prohibit the retail sale of dogs and cats from mills. Prang has supported West Hollywood’s ban on the sale of animal fur products within the city.

Hear, hear. As in agreement with the speaker. Used to make the mistake myself. But I agree with you nonetheless.

Here, here. Endorsing politicians who have done favors does not enhance anyone’s status!!!!

Sadly the HS is ranked along side PETA as pouring money into pockets not paws. I support groups like Best Friends, spcaLA and the WWF who actually use their names and bankrolls to look out for animals. Endorsing politicians who have done favors does not enhance anyone’s stature – it simply hints of a returned favor. No one should argue that wanting the best for our animals is a noble and humane path to follow but when a non-profit “supports” a politician – what exactly do they do?