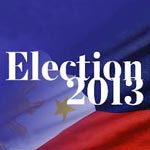 A Beverly Hills developer has contributed $2,500 to the committee established to fight a proposal to limit West Hollywood City Council member term limits that will be on the March 5 ballot.

The development company, Townscape Management, has acquired 8899 Beverly Boulevard, an 85,000 square foot building between Robertson and Doheny, which was built in 1962 and designed by modernist architect Richard Dorman. The building, known as the Los Angeles Design Center and the former home to ICM, the talent agency, is known for its distinctive balconies. Townscape has said it plans to renovate the building, leading some to believe it may make it a “mixed-use” property, combining condos and business offices. Last year Townscape bought a retail strip mall on Sunset and Crescent Heights boulevards.

With the Townscape donation, West Hollywood Voters for Choice – No on C, has raised $14,000 to fight the proposal, dubbed Measure C, to limit future council members to a maximum of three four-year terms. Only two of the donors to the anti-term limits campaign, Sunset Towers Hotel and Councilmember Abbe Land, are based in West Hollywood. The others all represent real estate developers and their associates from outside the city.

Measure C is opposed by all current City Council members except John D’Amico, who was elected to the council in 2011. The others have served terms ranging from 28 years, for John Heilman, to 11 years, for John Duran. Challengers Sam Borelli, Christopher Landavazo and Steve Martin support term limits

West Hollywood 2013 – Yes on C, the committee campaigning for term limits, has raised $3,314 in cash, all from West Hollywood residents. It has received $6,200 in non-monetary contributions, including $600 in banner advertising from Lucas John Junkin, owner of WeHo Confidential, and $5,600 in labor by the California Term Limits PAC, which provided workers to help West Hollywood residents garner the 2,344 signatures required to force the City Council to put the measure on the March ballot.

Townscape’s partners are Tyler Siegel and John Irwin. Siegel has made the maximum individual donation of $500 to the campaign of incumbent John Duran, as has his mother, Georgianne Siegel of Dallas. Irwin has donated $500 to Duran and incumbent Mayor Jeffrey Prang. Committees such as those established to support and oppose Measure C are allowed to solicit contributions in excess of the $500 limit.

Once again developers have dipped into the upcoming March 5th election. Does this surprise anyone? Remember to vote YES on Measure C. Set term limits for the City of West Hollywood. Do it before it’s too late. Do it to preserve this town. Send a message to those long seated city council members. Send a message to outside developers. They cannot have this town. Not anymore.

CHECK IT OUT FOR YOURSELF FOLKS, AND SEE WHAT DEVELOPERS AND OTHER SPECIAL INTERESTS ARE BUYING OUR CITY COUNCIL…click on the links below….most donations are from outside of west hollywood and just look at how many billboard companies are listed….these folks don’t do this out of the goodness of their hearts….THEY WANT SOMETHING IN RETURN!!!!….SHAME ON THESE 3 CAMPAIGNS,SHAME ,SHAME,SHAME!!!!

Subtlety is not the strong suit of developers – either in architecture or campaign contributions. If I were in the running (and this will NEVER happen) but stay with me – I would refuse the money of anyone who could taint my name with the merest sniff of payola. We have entered a brand new time when nothing is secret or sacred and politicians fall very low on the list of “most trusted” citizen. One would think that a candidate would be loathe to accept this sort of above mentioned donation. My conclusion is that greed transcends all bounds of… Read more »

Once again, more proof that we need to VOTE YES on “C”!

It seems that, if these developers were planning a good project,
which fits in to our zoning, they wouldn’t need to be throwing money at the incumbents and No on “C”
….to insure an approval on their project.

The planned development must, somehow, be bad,
if they don’t trust that it could be voted in, on it’s own merits.

Ah, there’s the Dallas socialite…the developers mother.
I wonder if she wrote the checks to the incumbents, herself.

To John D’Amico for endorsing Yes on “C”…Hooray!

The residents of West Hollywood who are opposed to Measure C are seemingly content with allowing outsiders to make their decisions for them. The mere fact that Real Estate developers who are donating money to oppose Term Limits are all from outside WeHo city limits should be a GIANT RED FLAG to people that outside special interests are TRYING to influence your vote so that they can garner favors from council members, some of whom have been in office for 28 years. Because, frankly, the developers could care less about West Hollywood and what it stands for. For them it… Read more »