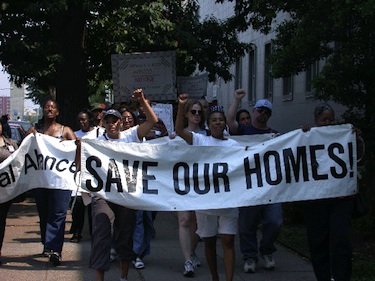 The Coalition for Economic Survival (CES) announced that it is endorsing West Hollywood Mayor Jeff Prang and Councilmember John Duran for re-election to the city council on Monday.

CES is the organization largely responsible for the incorporation of the City of West Hollywood and the adoption of the city’s rent control law.

“Some may say rent control is no longer an issue in West Hollywood,” said CES Executive Director Larry Gross. “But, as long as the city council has the power to amend or eliminate the law, renters need to be vigilant in protecting it. Each election poses a threat to rent control based on who gets elected. In this election there are a number of candidates who lack experience or knowledge and could easily be influenced by landlord and developer lobbyists.”

Prang used to be a member of the rent stabilization commission.

Duran has been a volunteer attorney counseling renters in need at the CES Tenants Rights Clinic. He was also a rent stabilization commissioner.

In January, the Coalition for Economic Survival also choose to oppose Measure C, the term limit proposal also on the March 5 ballot.

“Jeff is conscientious public official,” Perez said. “He is smart, very well respected, and hard-working. But most importantly, he is accessible and responsive, and he has never forgotten his roots, or those who elected him. His integrity is beyond reproach.”

Well, Wendell, here you are again. Making the rounds commenting against term limits at every opportunity, I see. You may very well be correct about Senator David Roberti – I don’t know all the history, but you are totally off base on everything else you’re saying. And, I still find your ability uncanny at finding the 3 paid signature gatherers we had (none from Orange Co by the way) while somehow managing to avoid the 60+ of us WeHo resident volunteers. That must involve some special talent. As for CES, they WERE instrumental in rent control being a main objective… Read more »

The facts are over 3,500 West Hollywood residents signed Yes on C term limits petition. More than 60 West Hollywood resident volunteers collected those signatures. Those opposed to Measure C are now disrespecting and insulting their fellow neighbors by saying we’re OC tea partiers. It’s laughable that we’re being called tea party people since the volunteers are overwhelmingly Democrats. It’s time to acknowledge that there are Democrats who want term limits — as evidenced by a recent Gallup poll showing 65% of Democrats support term limits for legislators.

self-correction of my above comment: It’s 45 out of 45…
the person listed in Weho…the address is in L.A.
she shares that suite (or P.O. Box) with another contributor, Western Built Construction.
I’m sure they’re all mainly concerned about rent control in WeHo.

Those signatures were gathered by canvassers paid for by the same right wing PAC that paid to ram proposition 8 down our throats. When I spoke to canvassers at Gelson’s and at Trader Joe’s, none of them were local residents. If term limits passes, in twelve years landlords will pur money into this city like has never been seen before and Rent control will be dismantled a piece at a time. Term limits have consistently resulted in progressive politicians being driven out on the state level. Just because the right wing had a enough money to get this measure on… Read more »

incumbents would be well advised to worry about the real reasons why thousands of residents are calling for term limits instead of writing it off as a right wing conspiracy.
again, wendell jones, why are real estate developers actively supporting the incumbents then? and why do 44 out of 45 of John Duran’s monetary contributions come from out of town? look it up on the city website: http://weho.org/Modules/ShowDocument.aspx?documentid=12115

so if i value rent control i should only vote for incumbents? measure c got on the ballot because four thousand registered west hollywood voters signed a petition. that’s a lot more voters than voted for ANY of the incumbents. and my guess is that most of them are progressive democrats. those concerned about an elected council member lacking experience in fending off special interests should look at who lobbyists and special interests are giving money to and who’s campaigns they are running. and they should make sure that those long-time council members who appointed an inexperienced unelected person to… Read more »

Amazing to see Lauren Meister asking what will happen to rent control when these guys die? Her answer, of course, is to bring in term limits Measure C, which only got on the ballot because of right wing orange county Republican money. We had real rent control in West Hollywood until right wing money brought in term limits and forced Senator David Roberti our of office. Roberti had kept the measure that ended vacancy control locked up in committee for years. When he was gone, the bill sailed through and now real Rent Control is no longer allowed in California.… Read more »

“But, as long as the city council has the power to amend or eliminate the law, renters need to be vigilant in protecting it. Each election poses a threat to rent control based on who gets elected. In this election there are a number of candidates who lack experience or knowledge and could easily be influenced by landlord and developer lobbyists.” First of all, it takes three votes to amend or change the law. Second, does Mr. Gross know that the campaigns of both Duran and Prang are being run by a “developer lobbyist”? Third, based on the above quote… Read more »