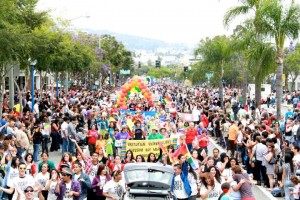 LA Pride is asking for nominations for “community honorees” to be featured in the 2013 parade and celebration, set for June 7-9 in West Hollywood.

Click here for an online nomination form. The deadline for nominations is 5 p.m. on Feb. 15.