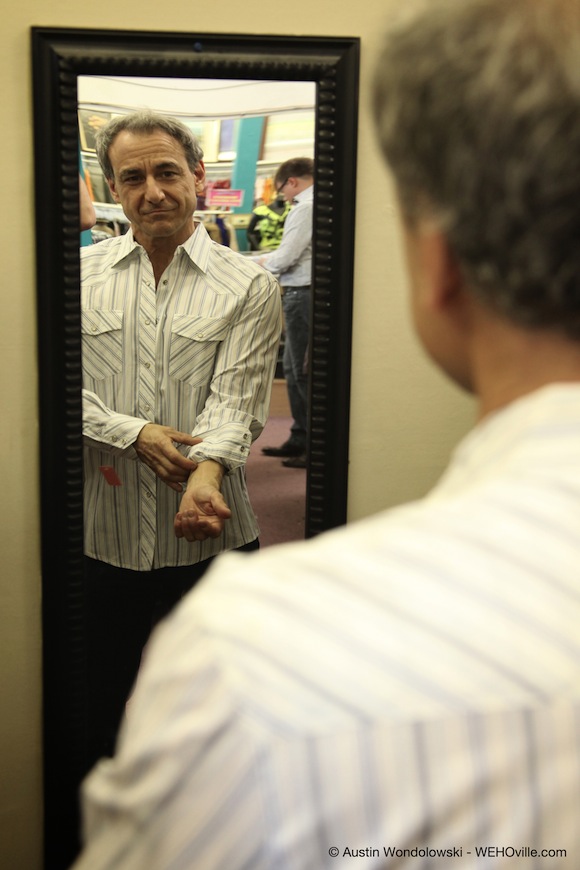 An actor and writer living in Studio City, David Pevsner is no stranger to WeHo, where he lived for more than a decade and where a big fan base has enjoyed watching him on stage and on camera.

Currently, you can see Pevsner starring in “Scrooge and Marley” — a modern-day variation of Charles Dickens’ classic “A Christmas Carol” recounted with a “gay sensibility” — and in the popular gay web series “Old Dogs & New Tricks.”

For many years, Pevsner worked in New York theatre, including on Broadway in “Fiddler on the Roof” and in the off-Broadway hits “When Pigs Fly” and “Party.”

After the snow drove him to LA, he kept up the stage-work (including starring in Joe DiPietro’s “F*cking Men) and has played numerous roles on TV and in film.

In his own words, here is Pevsner’s perfect Saturday in West Hollywood:

I don’t live in WeHo anymore. Oops … well, that’s the truth, but that doesn’t mean I’m not eligible to write this or that I don’t belong here.

I lived here for my first 11 years in LA after moving from New York. I lived in about six different places in West Hollywood, so I’ve gotten to know pretty much every neighborhood.

As much as I love Boystown, I found that I really enjoyed living in a Bohemian broke-down house on Kilkea Drive. I still have my post office box on Fairfax, and I go to Gold’s Gym in Hollywood, so even though I’m now in Studio City, I spend a lot of time in WeHo, daily.

After working out, I like to eat at Eat Well or Kitchen 24 if I’m feeling breakfast-y and Fresh Corn Grill or Bossa Nova or Sweet Chili if I’m in lunch mode.

Perhaps a little Yogurt Stop after? Of course!

After blunch, since I find myself obsessively collecting resale Ben Sherman button down shirts, I love hitting Crossroads and Out of the Closet. My friends know of my affinity for the tighter-fitting shirt, and I used to try to squeeze into one like a sausage because who cares if you can breathe when the shirt’s so fab?

As a freelance actor and writer, I always have something I need to be doing career-wise, so Saturday is never really a day off. I’m either editing scripts, corresponding, studying lines, whatever, and I love coffee house culture. I can’t write at home.

I need to be surrounded by the smell of fresh brewed coffee and the energy of other folks hunched over computers. If I’m in the mood for friendly, at-home and un-scene-y, I hit the Grindhouse Cafe on Havenhurst off Santa Monica.

I have followed those folks from when they were Cafe Marco on the corner to the space they’re in now. It has always felt like it’s my office away from my office. They leave you alone, parking’s great, I just love it.

If I’m in the mood for a little more … um … “scenery” while trying to work, I go to Bucky’s, the “Big Gay Starbucks” across from 24 Hour Fitness. You always run into folks you know, or would like to know, or that you want to just stare at.

I saw Trenton Ducati there yesterday, and it was tantamount to a Hugh Jackman sighting. My little heart did a flip as if he was a Ben Sherman button down, only with bigger muscles and great hair.

I do get work done, but it’s nice to lift my head from the computer and have something nice to look at. I’m allowed. I’m a gay man in WeHo.

After coffee, I may gear up to cook. I love the Trader Joe’s at 8000 Sunset, which I’ll stop at before braving Laurel Canyon to bring me back home to Studio City, and away from “my people.

I know I’m way past the age demographic of WeHo boys, but every once in a while, it does my heart good to see that some things don’t change — that there’s a place where we can go and be free and be gay! 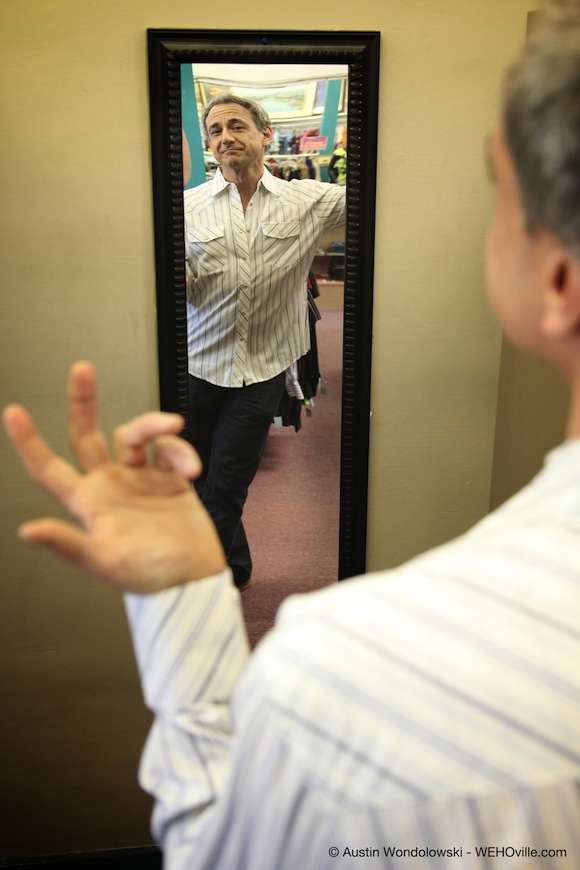 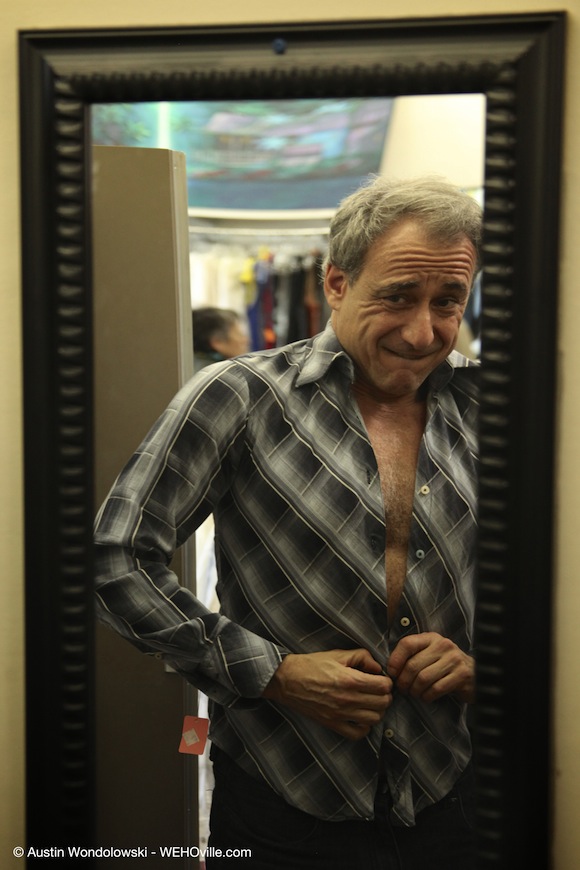 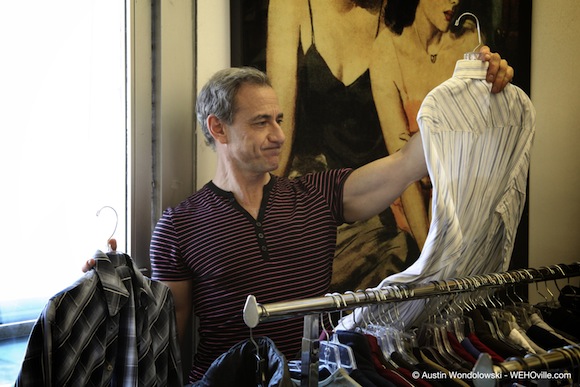 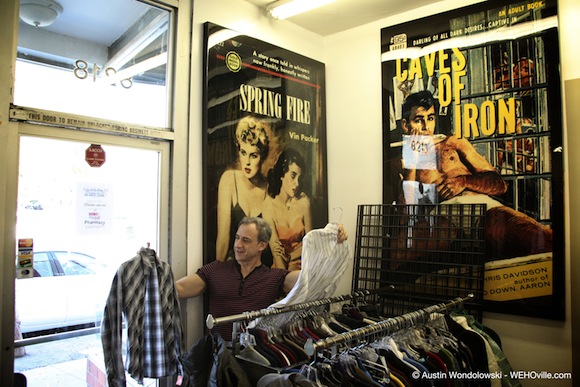 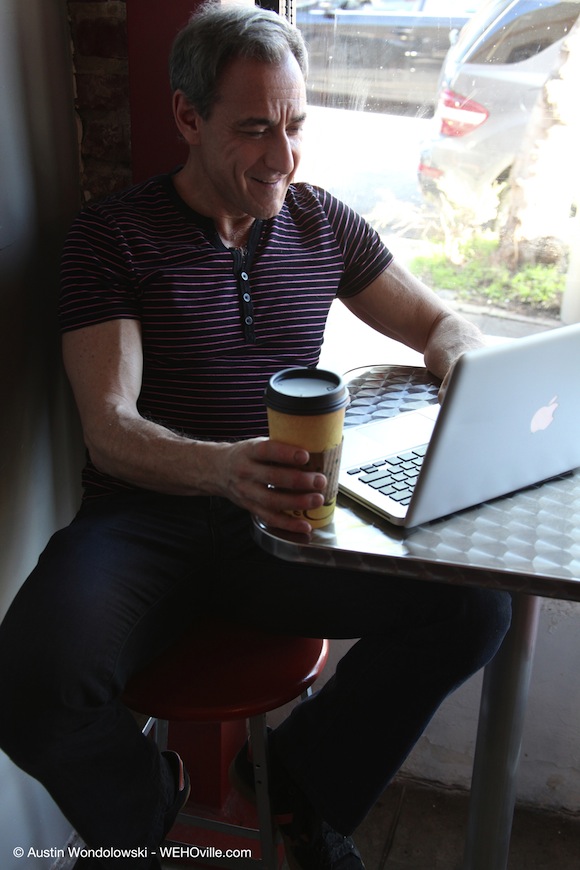 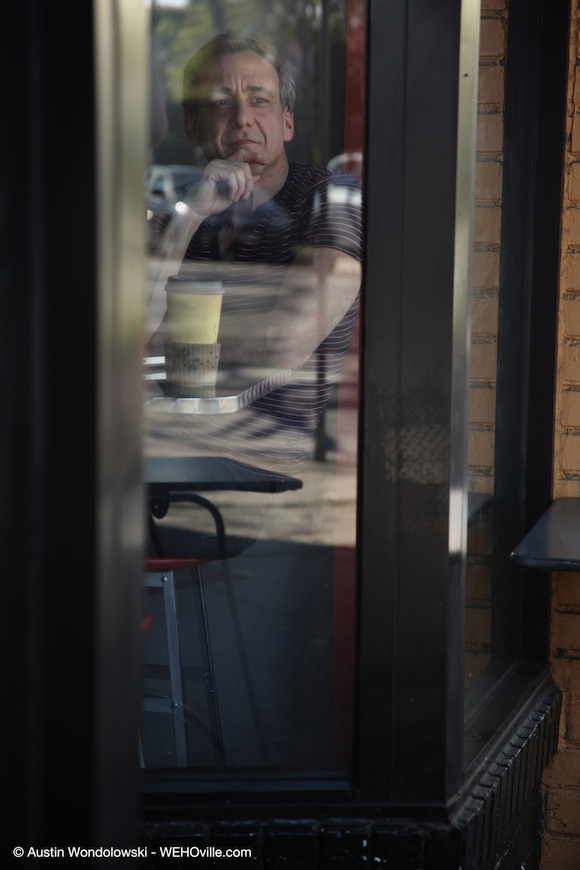 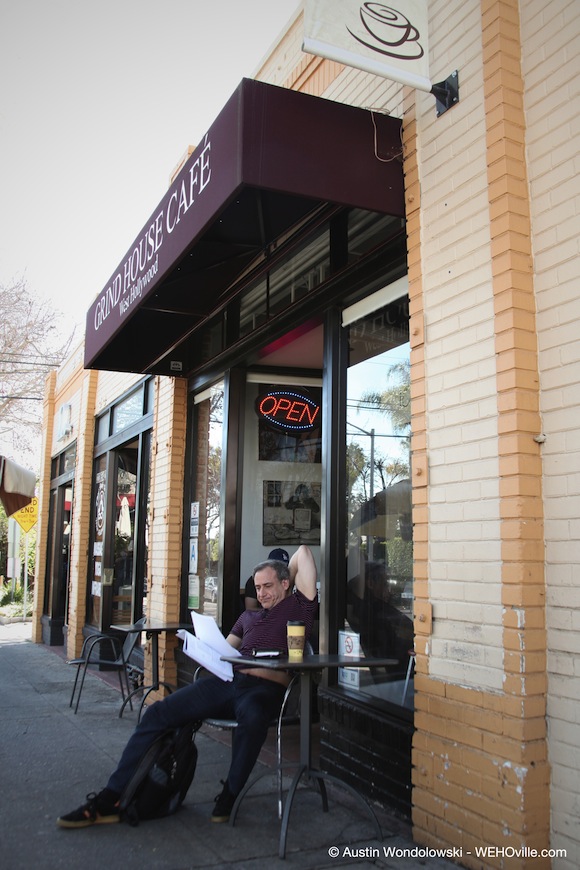