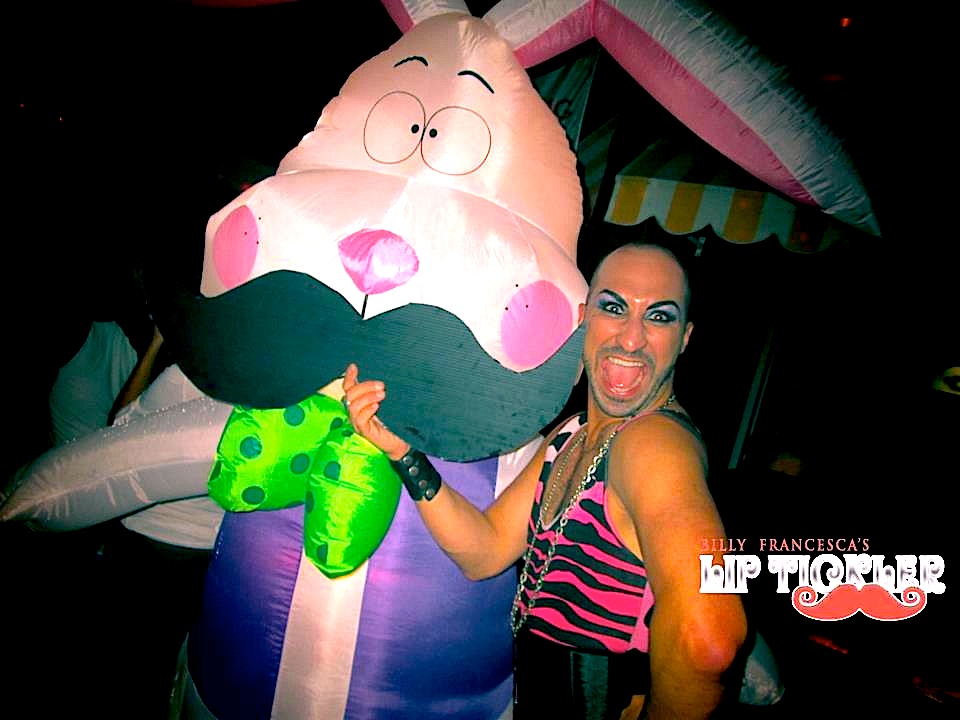 One of West Hollywood’s most colorful party promoters, Francesa made a name for himself with eye-candy packed parties like Glitter Box, Redlight and the subtle (not!) theme night soiree known as Dance Bitch!, which ended a successful three-year run recently. Called the “Bearded Ladee” (sic) by many on the scene, Francesca, a West Hollywood resident, is a fan of “Hybrid Drag,” rocking 5-o-clock shadow with stiletto boots and eye-makeup. Not surprisingly, he’s been “out forever” and points to supportive parents for a self-confident and vivacious personality.

How He Got Started:

“It all started out literally as a joke at Fubar in West Hollywood about 10 years ago,” Francesca said. “I was hosting just as a personality and at the end of the night I would start sweeping the floor in some sort of funny dance costume that my sister, who’s a dancer, would send me. From there, I started to add little ideas to certain nights, wrote a few one-act plays we would perform at the bar, and things just kept going … As people enjoyed and came to see all the antics and videos and props, so did my drive to have ‘my own’ night.”

From decor to costumed go-go boys to its giddy and diverse dance music selection, Lip Tikler is one of the wildest weeklies in WeHo, a spot where queens, twinks, bears and bodacious boozers of all colors party ‘til their inhibitions are obliterated. Francesca’s infectious charisma is the heart of this party and it beats in more ways than one. The crowd varies from 20-something crews to 50-year-olds. “It’s a total mix,” he said. “We have hot guys, tons of people in costumes. I never wanted my parties to be designed for just one group of people, I like having the Studio 54 mix, that has always been what I strive for. LipTickler is all about blow up toys for some reason, it started off as a little thing, but now we have so much blow up stuff and people love it! One customer brought in 24 blow-up unicorns, we have a life-size Kangaroo …”

He’s got a new Thursday night event called Tokyo Whore Wagon in the works, which should keep the circus-like amusements more than alive.

“It has nothing to do with Tokyo, whores or wagons…” he said. “In fact, I am having a giant glowing-blue cat head made for it … and that’s just the beginning.”

Want to see our full list of party promoters? Check out 7 Party Promoters You Should Know on Santa Monica Boulevard.