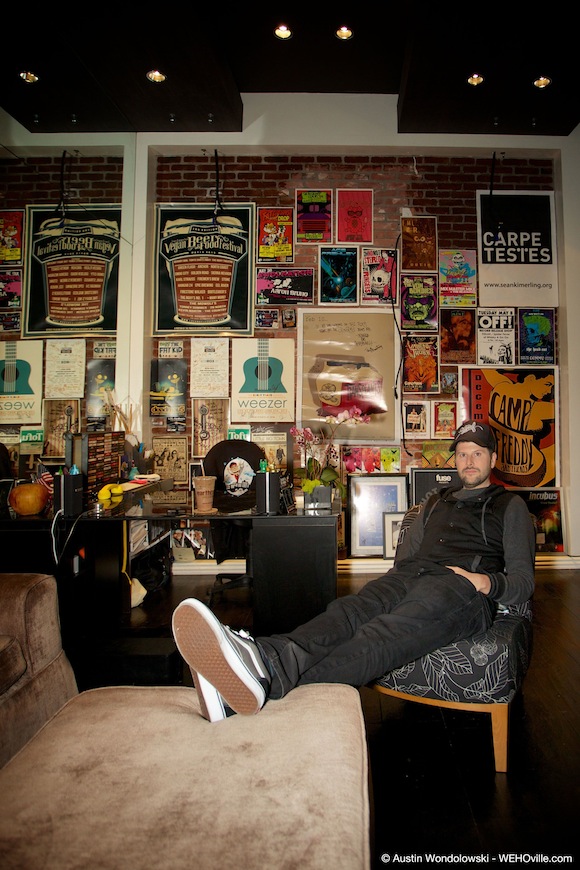 Nic Adler was born into rock history because of his father Lou, the iconic record producer. Together they own the Roxy Theatre, which Lou Adler opened in 1973 and is credited with more firsts than it’s possible to list, even given the unlimited capacity of the Internet. But consider that Paul Reubens introduced Pee-wee Herman there, Neil Young performed at the Roxy the week it opened, Frank Zappa & the Mothers of Invention recorded most of their “Roxy and Elsewhere” album there, and it was the site of the Red Hot Chili Peppers’ first show with drummer Chad Smith, in 1989.

Nic Adler has operated the Roxy since 1998. While the Roxy’s place in the history of rock is secure, it’s Nic’s job to keep it top of mind among rock fans in the present and into the future. One way he’s done that is by embracing social media. He has built the Roxy into the No. 1 music venue on Twitter, Instagram, Flickr and Facebook (which explains his ample use of the Twitter @ sign). Adler also is a co-producer of the Sunset Strip Music Festival, launched in 2010, which brings 30,000 music fans to West Hollywood every August. And earlier this year he founded Adler Integrated, a full service marketing agency that makes use of all aspects of social media.

In his own words, here is Adler’s perfect Saturday in West Hollywood:

For me, Saturdays start a little later than the rest of the week (but not as late as Sunday).

By 10 a.m., I’m out of bed and hopefully have had a chance to walk the dogs, Macho and @MissMayZ.

First, I head over to the best, and hottest, juice bar in LA, @Earthbar. I go there for the juice and the scene. I always run into someone I know and usually swap stories about the night before. We order “The Recovery” to get us ready to do it all over again.

I grab a Chocolate Supreme and head over to the @Adler Integrated office to check a few emails, see if that Fab.com order came in and chat with anyone from the team that might have come in.

After that I walk up the street to grab lunch and a glimpse of the best view in the city at Soho House. If I’m not at home, the office or The Roxy, I’m probably drinking a pot of Jasmine green tea in the back corner with my headphones on listening to The Cure. I get some of my best work done up there.

After I catch the Sunset, I cruise home to reset for the night ahead. I usually start by meeting up with friends at my fav bar on The Strip, @RockandReilly’s (I’m a partner there, so I’m a little biased). The transition from sports bar to hot spot is always great; guys and gals finishing up wings and beers, shouting at the TV’s as they leave and the dressed-up night-crawlers come through the door. I now know the night has begun.

After a beer, I walk up to one of the best Thai restaurant in the world, Talesai and @NtMRKT. I’ve been coming here with my mom since the early 80’s. I’m a creature of habit, so I’ve be getting the same thing since then, Hidden Treasure (Tofu), papaya salad, spicy brown fried rice, ice cold Sigha and a large hot sake.

From there, I roll down the block and check out what’s rocking at the @Key_Club, give a couple high-fives to the door crew and make my way to home-base, @TheRoxy.

Saturdays are usually great at the club — not sure if you can tell or not. but I do like beer, so much that we actually have our own beer at the club. It’s called “No. 1.”

From there, I go upstairs to put in a little hang-time at @OnTheRox, where we always have some of the best beer collections on The Strip (secret).

Say hi to our amazing bartender and professional hugger, Mel.

On The Rox usually has a great-up-and-coming band, which reminds me what this whole music scene is all about.

If I have anything left in me, or nothing planned on Sunday, I make my way down to the @TheViperRoom. It usually starts with a big hug from @loosefang, LA’s best door guy, and even bigger hug from Queen of The Strip, @DayleGloria. They always make me feel so at home.

If I’m not taking over the turntables for a song or two in the downstairs lounge, I head upstairs to check out the band. The last time I was there, good friends @WarnerDrive were playing to a packed house. It’s always great seeing friends doing what they do and enjoying it.

Suddenly the lights come on, the bartender yells “That’s it!” and that’s my cue to drag myself over to Coney Dog and meet up with @rionelrizzle for a vegan chili cheese dog with extra jalapeños, and a pickle. Whoa!

I’m full on many levels. It’s definitely time to return home to my beautiful and incredibly smart (and forgiving) wife, my two amazing boxers and a set of the best pillows in the world.

Goodnight my friends, and see you next Saturday! Or tomorrow morning at Earthbar again 😉 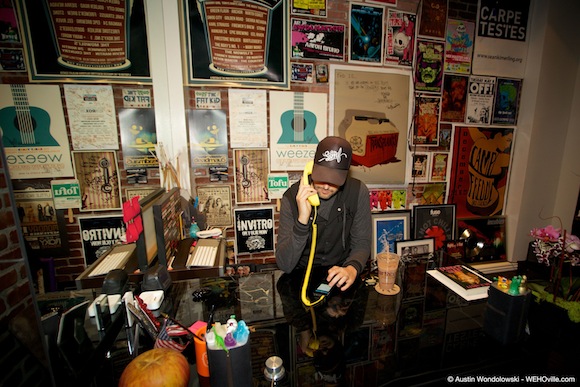 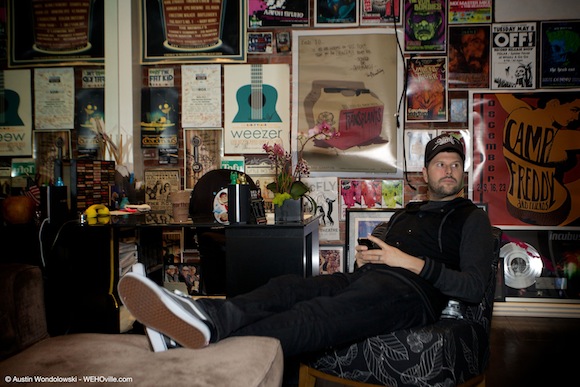 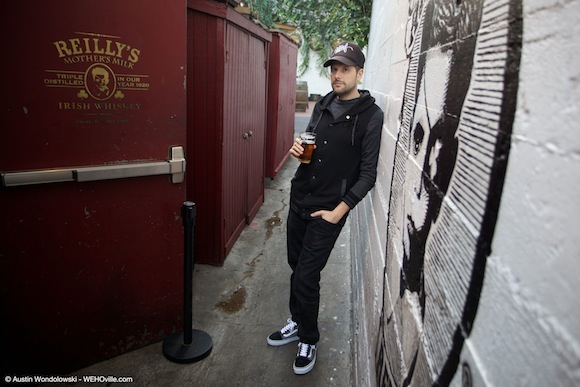 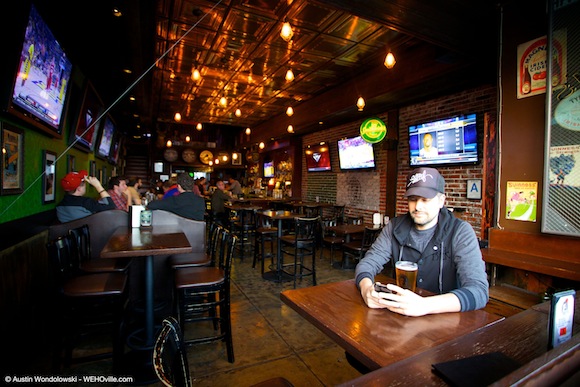 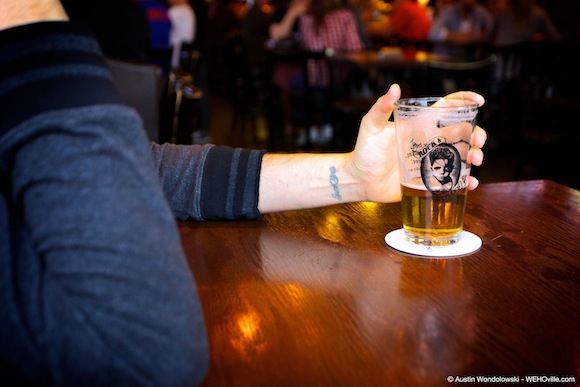 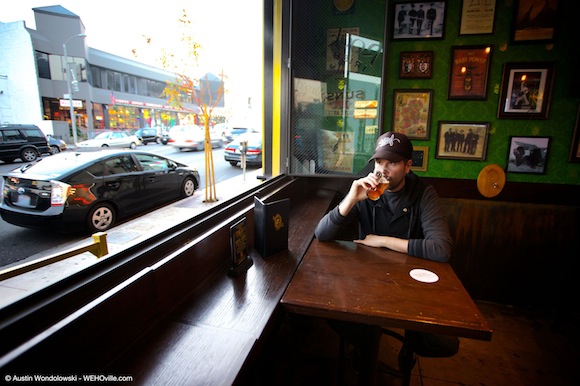