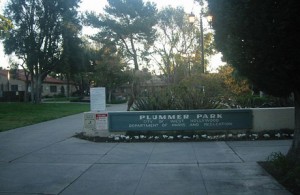 The California Department of Finance (DOF) has denied an appeal by the City of West Hollywood regarding use of redevelopment money to finance renovations to Plummer Park.

City Manager Paul Arevalo made that announcement at Monday night’s City Council meeting, saying the city received word from the state about midnight on Saturday night.

The DOF originally ruled that the Plummer Park renovations were not eligible to use redevelopment money in an Oct. 15 letter. City officials went to Sacramento in November to appeal that decision, basing that appeal on the fact the city had already issued bonds to finance a portion of the $41 million park makeover.

Arevalo said that denial of the appeal isn’t final yet, but expects it to be final before the end of the year. He said the matter could ultimately be decided by the courts.

“We’re one of about 50 cities that are in the same boat,” Arevalo said. “There’s about $1.5 billion worth of debt that’s kind of in limbo. We’ll work with those cities to pursue different avenues.”

Resident Stephanie Harker, who has spearheaded the Protect Plummer Park movement protesting the park renovations, said she was “cautiously optimistic.”

Resident Cathy Blaivas was also happy by the news, but criticized the city for a lack of transparency regarding the Plummer Park renovation and for writing confusing staff reports.

“We can’t participate if we don’t understand,” said Blaivas during public comment.

As part of the $41 million makeover, the city planned to close the center portion of Plummer Park for 18-24 months so a 179-space underground parking garage could be built.

In the process of digging for the underground parking, most of the park’s large “old growth” trees would have been removed. Additionally, the Tiny Tots Pre-school building and Great Hall-Long Hall, the conjoined buildings built by the Depression-era Work Projects Administration (WPA), would have been demolished.

The pre-school was to be rebuilt, but Great Hall-Long Hall was not. Additionally, the Spanish Colonial Revival-style Fiesta Hall was slated to be renovated into a state-of-the-art performance center with futuristic architecture.

Those renovations were scheduled to start in February 2012, but public outcry forced the City Council to delay those plans.

The city planned to finance the Plummer Park renovations with $14 million in redevelopment money and $27 million in bond money. In March 2011, the city took out a $30 million bond for the project at an 8 percent interest rate to be paid back over 30 years ($3 million of that bond money was set aside for the cost of issuing the bonds and for repayment of the debt).

The redevelopment portion of that financing came into question in June 2011 when the state mandated that all cities must dissolve their redevelopment agencies and return funds to the state, a move designed to shore up California’s budget problems. Since various projects were already underway, some cities, including West Hollywood, formed state-approved Successor Agencies to wind down the work.

Thanks to the DOF’s denial, the $30 million bond money for the park renovations is also now in question. It is unclear whether the city can use that money for scaled-back renovations to the park or cannot use any of the bonds.

“For the bondholders, there are going to be some challenges. Not only with West Hollywood but other cities too,” Arevalo said. “They’re tax-exempt debt, but if the bond proceeds aren’t used for their purpose, then the debt could be deemed taxable.”

Arevalo said the DOF also has denied the use of redevelopment agency money for the Courtyard at La Brea, the 32-unit affordable housing project currently under construction on La Brea Avenue near Lexington Avenue.

“We kept getting green lights from the state to move forward with (the Courtyard) and now we’re being told we can’t use the money,” he said.

Arevalo said the city will likely be in discussions with the state about the two projects for the next six to 12 months, if not longer.

Who volunteers to write an article that specifies: (1) the persons responsible for writing confused staff reports, (2) the persons in WeHo govt who deliberately, or 1/2-consciously, muddle the transparency of the overall project, and (3) the persons who stand to make $: who are the vampires that want to suck our community’s blood? I will write it if Cathy Blaivas and others with insider knowledge can provide names. Of real live people! The culprits are not anonymous “WeHo govt” — it’s Mr X and Ms Y. It’s not a vacuous “Plummer Park ‘Renovation’ Project” — it’s one of the… Read more »

take a look at this “under the radar” project to add to the eastside mess of new developments!!!!! http://la.curbed.com/archives/2012/12/mixeduse_fakeout_with_formosa_south_at_the_lot_offices.php

Why waste any more money on an appeal. We are so lucky PP is still with us. Now let us begin to improve the park after a number of years of neglect. Why throw any more money down the drain and lets look at buying up vacant lots and create some new parks in the city, especially now with all the new development. Let’s get Laurel Park aka “Tara” fixed up. Merry Christmas

Tara took 8 years and a ton of money and WeHo lost. Should we not learn from history and not repeat our mistakes? I agree Geoffrey 100%

Thank you Kathy and Stephanie–you brought this to the attention of the citizens who use Plummer Park on a regular basis–unlike the folks who want to demolish it for their own twisted reasons. Let’s hope the state will remain on the side of rhe citizens.

the rules looked pretty clear to me so I’m not sure what the city was hoping would sway the state to throw millions at this ill advised and unfunded project that has no contracts signed and that most residents of the area were fighting tooth and nail.. so how many millions have been wasted in lawyers fees, planning and design fees, feasibility studies, lunches with developers, thousands of work hours for city staff, bond fees, trips to sacramento, etc etc. for a project yes, many thanks to all those who dug a little deeper and fought this plan, especially cathy… Read more »

When it sounds too unimaginable to be real; when the powers that be blatantly brag about “rolling in money” after peddling municipal bonds (and our Triple Rating A for such issues was mentioned again last night by Mr. Rolling in Money himself), when smug takes the place of prudent consideration and conversation with the constituents – humility is usually the best response. We can thank Ms.Harker and Ms. Blaivas personally for preventing Plummer Park from becoming an ugly hole in the ground.
I am not quite sure what we have to thank the city for.