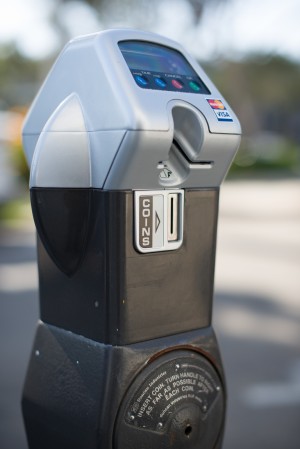 The West Hollywood City Council tabled a vote on its controversial plan to extend parking meter hours across the city at its Monday night meeting.

Acknowledging that the plan to create turnover of street parking after 6 p.m. needs more work, the Council spent considerable time during the 2-hour-long public hearing giving direction to staff on ways to improve the proposal.

The plan met with stiff opposition from the public as 11 of the 12 people who spoke during public comment opposed it.

Block Party clothing store owner Larry Block called the idea “price gouging” that would  take advantage of the gay tourists who come to Boystown and a boom for valets in the area.

Resident Steve Martin, who is a candidate for City Council in the March election, also called it gouging.

Mary Ann, the general manager of the Boystown bar Micky’s, said the increased parking rates would create a hostile environment to visitors and would drive people into Hollywood. She called it a “band-aid” approach to a much bigger problem.

Resident Donald Elmblad begged the council not to “criminalize parking,” noting the city proposed implementing the plan in March, something that would take the heat off of the council until after the city council election.

Other public commenters criticized the city for not doing enough outreach to explain the plan to businesses and residents.

“A Transportation Commission meeting is not a community meeting,” said Lauren Meister, president of the West Hollywood West Residents Association.

Chamber of Commerce President Genevieve Morrill asked the city to delay implementation until more outreach is done to businesses.

“In no way do we feel there’s been extensive public outreach,” Morrill said

The only person who spoke in favor of the plan was resident Ben Coleman who felt it made sense from a supply-and-demand stand point. Coleman, who lives in mid-city, said he has often tried to drive to Yogurt Stop in Boystown but couldn’t find nearby convenient parking.

Mayor Pro Tem Abbe Land acknowledged that business and residents would be affected and that more time was needed to address their concerns.

Mayor Jeff Prang listed over a dozen parking lots and structure that the city has approved or created during his 15 years on the council, but acknowledged it still isn’t enough.

Councilmember John Duran, who seemed generally in favor of the plan, said that the “status quo” wasn’t working for parking, and something had to be done.

The issue of employee parking raised many concerns. City staff proposed  creating a special parking permit for employees to park after 6 p.m. at under-used meters on various side streets, on San Vicente Boulevard south of Melrose Avenue and on Beverly Boulevard.

The Beverly Boulevard aspect of the plan was immediately dismissed.

Duran agreed, and added that the library parking deck also might be too far, before suggesting creating a valet service to bring employees their cars when they got off.

Councilmember John Heilman suggested scrapping the employee parking aspect of the plan entirely. It was not the city’s responsibility to create employee parking, he said, but the city might be able to help out with it.

Heilman favored using the parking decks at Pavilions and the Pacific Design Center for employee parking. Public works director Oscar Delgado said the city was in negotiations to use 400 spaces at the PDC and 180 spaces at Pavilions.

The city’s plan had been to create different hours of meter enforcement in different parts of the city:

Resident Sam Borelli, who is running for city council in the March election, said the varying hours were too confusing and suggested extending the meters throughout the city until 8 p.m.

Prang also said a standard time of 8 p.m. throughout the city would be better for initial implementation, then those hours could gradually be extended in certain parts of town.

Land noted the city would have to create special signs to explain the hours, but said such signs would have to be clear, acknowledging that the city’s existing parking signage is already quite confusing.

Councilmember John D’Amico disliked the plan entirely, suggesting the city go in the opposite direction and create two hours of free parking at meters at night with no option for feeding the meters to get additional time.

The extended meter hours would generate an estimated $1 million in additional revenue each year, money the city proposed to earmark for public safety efforts – half toward increased sheriff’s patrols and half toward private security.

Prang said the current contract with the LA County Sheriff’s Department was for $15 million each year. He said he was okay with moving money from the city’s reserves to pay for increased sheriff’s patrols until the details about the meter plan could be worked out.

D’Amico said the city needs to have an overall discussion about public safety rather than just moving money toward public safety.

City staff will return with a revised parking meter plan at some point in the future. City Manager Paul Arevalo said that revised plan could be ready as early as February.

It is interesting how the City Council can remove fifty plus parking spaces from San Vicente south of Santa Monica in an obvious attempt to force folks into our expensive new West Hollywood Park parking structure, yet not take any responsibility for the parking problems in Boys’ Town. The removal of the parking spaces is hard to reconcile with having a coherent parking policy.

WE NEED COMPREHENSIVE PLANS: Citywide Parking Meter Management was the hot topic Monday night at the West Hollywood City Council meeting. I applaud the Transportation Commission for slowing the process of this proposal down to ensure the public benefit. Although the proposal needs continued development, it was significantly improved from the original proposal brought before the commission. Clearly West Hollywood needs a comprehensive transportation plan that looks at connecting our public parking lots with the City Shuttle, Metro buses and bicycle share programs. Additionally, we need better notifications to promote civic engagement with our residents and allow them to provide… Read more »

Tabling it isn’t the same as saying, “no.” Don’t be surprised if it comes back with a few minor tweaks. This plan was a “hot mess.” It’s just like so many other plans that have already been foisted upon us by the long-term contingent at City Hall. They’re half-baked, piecemeal plans based on personal agendas or the idea that WeHo residents and businesses should be paying through the nose for the privilege to live or do business in the City these folks seem to think they generously created for us. Somehow, putting together good comprehensive plans that spend our revenue… Read more »