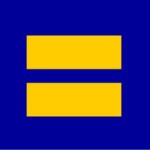 The Human Rights Campaign, one of the nation’s leading LGBT advocacy organizations, has ranked Los Angeles and Long Beach among 11 U.S. cities that lead the nation in LGBT equality. West Hollywood ranks 12th.

The HRC survey of 137 cities considered such factors as a city government’s relations with LBGT residents, its recognition of same-sex partnerships, whether it has laws that bar discrimination in housing, employment and public accommodations based on sexual orientation, how it treats LBGT city employees, the attentiveness of law enforcement to LGBT issues, its provision of services for LGBT people and the city’s public advocacy for LGBT rights.

The city had not significantly increased its social services spending since 1985, save for an increase of $250,000 in the current budget. Recently, Roger Coggan, director of legal services at the Los Angeles Gay and Lesbian Center, complained that West Hollywood Sheriff’s deputies have abused nonwhite gay residents.