I was watching “Ellen” a couple of weeks ago when she pretty much said she didn’t believe in “gaydar.” My gay friends tell me that “gaydar” is a sort of innate radar they have that helps them identify other gay men. Is gaydar for real? And what are the signs that a man is gay? (I’m having some questions about my boyfriend.) 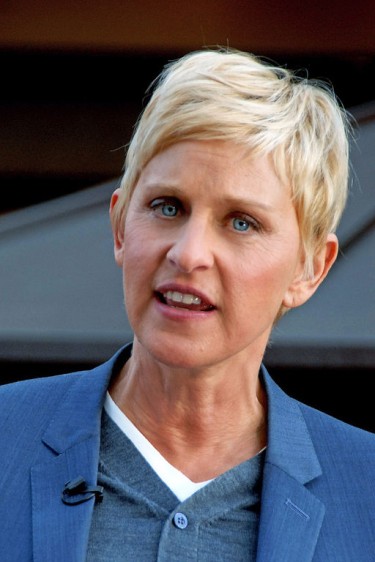 Is gaydar real? Is the pope Catholic? Does Justin Bieber love Selena Gomez? Do bears …? Well, you get my point. Of course gaydar is real. I know that from personal experience. And from a recent study, criticized by Ellen DeGeneres on her TV show, that gives scientific validity to the concept of gaydar.

Joshua A. Tabak, a doctoral candidate in social and personality psychology at the University of Washington, and Vivian Zayas, an assistant professor of psychology at Cornell University, conducted the study, which was published in PLOS One, a peer-reviewed scholarly journal.

Tabak and Zayas didn’t ask those they surveyed to pick out men who walked like runway models, or guys who carry shopping bags in the crooks of their arms like your Mom carries her purse, or even to take note of flailing arms and hands and shrill voices. They didn’t show them images of women in flannel shirts with buzz cuts smoking unfiltered cigarettes. They simply presented the survey participants with a series of photographs of men’s and women’s faces. Hairstyles were digitally removed, and there were no piercings, eyeglasses or tattoos.

The survey participants correctly chose the gay and lesbian people 60 percent of the time. And that was without them seeing any flannel shirts and boots (on lesbians) or fauxhawks and nipple-revealing tanktops (on gay men).

So what was it that revealed the inner queer? Tabak and Zayas say it’s facial characteristics. For example, they argue that men have a larger facial width-to-height ratio than do women, which they attribute to testosterone release during a boy’s adolescence. So men who have less early testosterone release also have more feminine faces and are more likely to be judged gay. Women whose faces are proportionately narrower, because they got a little more testosterone in their system, are more likely to be seen as lesbians. The researchers say those judgments are likely accurate. (Surely by now you’ve heard of the “Born This Way” movement).

It’s worth noting, however, that the study participants picked out the lesbians correctly 64 percent of the time but only nailed the gay men 57 percent of the time. The researchers said that’s because participants were more likely to erroneously judge a straight man as gay. (You straight guys with chubby cheeks can breathe a sigh of relief when you stroll through West Hollywood’s Boystown).

Luckily, we gay guys have more to go on than a simple photo (unless, of course, it’s a photo on Scruff or Grindr or Daddyhunt — then it’s case closed). Is that an Abercrombie & Fitch shirt? Are those Andrew Christian briefs peeking above the waistline of those Nasty Pig jeans? Are those eyebrows a tad too perfect to be real? Does that guy’s gym bag contain 12 tubes of “product” for face and skin?

That said, gaydar doesn’t work as well in some places as it does in others. In Milan, for example, I consider all men gay unless they prove themselves to be straight. I mean, when every guy you meet wears Dolce and Gabbana or Prada or Gucci and has perfectly coiffed hair, what do you expect? Of course, if I hear a comment about the Associazione Calcio Milan, the Milanese soccer team, I move on. There also are quarters of New York City dominated by metrosexuals who carry GQ that cause the gaydar to sound the wrong alarm. And there are increasing numbers of hairy straight guys who have taken to actually trimming their beards and showing a bit of chest hair, thus confusing those of us who have a bug for bears.

Tabak and Zayas acknowledge that some people think the concept of gaydar is homophobic. Why, they ask, should people be judged gay or straight by the way they look? That might be a reasonable stance to take in West Hollywood, where cruising for another gay man is like shooting fish in a barrel. But try living in Hartford, Conn., as I did for too many years. In a town like that one’s gaydar becomes highly refined by necessity. By the time I moved on to New York City, I was able to spot a shaved male calf, a plucked eyebrow or subtly tinted lashes from a block away.

As for your boyfriend, take a look in his underwear drawer. Hanes, Gap, Nautica? Not to worry. Andrew Christian, Nasty Pig, C-IN2? Your guy’s on the down low. Calvin Klein? That’s a tough one. Your next stop should be the medicine cabinet to see if there’s any eyelash product.

Questions you can’t bring yourself to ask your gay friends and neighbors? Send them toHenry@WEHOville.com.