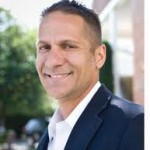 Everyone who was anyone turned out last night for the West Hollywood Chamber of Commerce’s 29th annual Creative City Awards at the London hotel. LA County Supervisor Zev Yaroslavsky, Beverly Hills Mayor Bill Brien, business leaders from here and afar, and of course Mayor Jeffrey Prang and council members John Duran, John Heilman and Abbe Land — all were there. (Council candidates Sam Borelli and Steve Martin also were on hand). But conspicuous by his absence was council member John D’Amico, who’s been talking a little testy with the Chamber lately over its opposition to the WeHo ban on fur sales that he sponsored last year. Could it be that someone tipped him off to those mink teddy bears and that rabbit fur wrap on the Chamber’s silent auction table? Thank goodness the ban doesn’t take effect until next year. Otherwise we’d be worrying about Chamber President Genevieve Morrill, who, beautiful as she is, wouldn’t look good in handcuffs. (And by the way, we hear that D’Amico’s ban on the sale of fur wasn’t just to protect minks and rabbits. There’s a rumor that he’s looking to attract support from the city’s furry gay bear and otter communities for his next council race.)

Correction: In a former version of this story, we identified Zev Yaroslavsky by the wrong title. Yaroslavsky is the LA County Supervisor for the Third District, which includes West Hollywood.

Your article is presumptuous & tacky & disrespectful toward Councilmember D’Amico. There is something idiotic about people who go around promoting wearing fur even while we have been having 90+ degree weather in So Calif. I wish Genevieve Morrill would move to New York to peddle her fur, or better yet to Alaska where she could get a job selling ice to eskimos. I wonder how she would like being stuffed in a cage for the rest of her life covered in her own waste. Or maybe if she were forced to watch while animals are bludgeoned to death and/or… Read more »