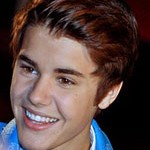 Justin Bieber was rolling through WeHo Tuesday night (Nov. 14) in his white Ferrari when a Los Angeles County sheriff’s deputy pulled him over for making an unsafe left turn. City News Service says the B Boy also was cited for having an expired vehicle registration. Bieber, who’s 18, has only been able to drive for two years now, so we say the cops should give the poor boy a break. That break up with Selena Gomez probably was on his mind. Or maybe he was thinking about all those Victoria’s Secret models he was hanging with on the weekend. Oh, to be young again!