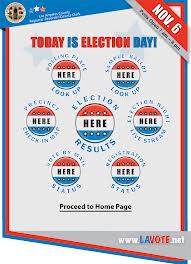 Results of other matters on Tuesday’s ballot of particular interest to West Hollywood residents:

The Los Angeles Times reports that Santa Monica Mayor Richard Bloom narrowly edged incumbent Assemblywoman Betsy Butler, with 100 percent of precincts reporting, in the race for the 50th District Assembly seat, which includes West Hollywood. The Times reported Bloom with 50.1 percent of the vote compared to 49.9 percent for Butler, a 222-vote margin. If that number holds up after absentee ballots have been counted, Bloom will pull a big upset over the incumbent.

Butler had the support of the state Democratic Party but was hurt by a story in LA Weekly and a report by Anderson Cooper on CNN that she contributed to the failure of a bill that would have made it easier to remove teachers who were sexually abusive from the classroom. Butler joined other Democrats, all major recipients of contributions from the Los Angeles teachers union, in refusing to vote on the bill, which the union opposed

Measure B, a Los Angeles County ballot proposal that would require all adult film performers to use condoms, won with 55.9 percent of the vote. Michael Weinstein, founder of AIDS Healthcare Foundation, had advocated the measure. The adult film industry argued that it would force filmmakers to leave Los Angeles County, which already has stringent testing requirements for sexually transmitted diseases, costing the area jobs.

Jackie Lacey defeated Alan Jackson, securing 55 percent of the vote to his 45 percent, in the race for Los Angeles District Attorney. Lacey, a prosecutor in the DA’s office, had the support of retiring District Attorney Steve Cooley. Jackson is a deputy district attorney. Lacey becomes the first African-American and first woman to hold that position in Los Angeles County.

Measure A, which would have required that the Los Angeles County assessor be appointed rather than elected, was defeated by an overwhelming 77.7 percent. Opponents of the measure argued that if the position were filled by the Los Angeles County Commission it would be subject to political pressure. Incumbent John Noguez currently is under indictment, accused of accepting bribes to reduce property valuations.