West Hollywood’s real estate market, hit hard like most others by the Great Recession, is seeing a decline in short sales and foreclosures and a stabilization in prices, according to sales data analyzed by WEHOville. In January, 36 percent of the 22 condos sold were in one of those financially troubled categories. In October, it was just 16 percent of the 19 condos sold. The decline was similar in the much smaller market for houses.

Area real estate agents affirm what the data seems to show. Jeff Yarbrough, a West Hollywood resident who is principal of the LA Luxe Group at Keller Williams Realty, attributes the reduction in short sales, foreclosures and sales of bank-owned properties in part to a stepped up effort by lenders to modify loan terms. Such modifications reduce monthly payments, making it possible for owners to remain in their homes, although the market value of those homes may still be less than what the owner owes.

Yarbrough said he now sees more instances where there are multiple bids for a property. “The reason is simple: Prices are good, rates are low, inventory is down. It’s a perfect real estate storm. And it’s been with us for about the last five months.”

Brian Mazurkiewicz, a long-time West Hollywood resident who is a realtor with the John Aaroe Group, also predicts foreclosure and short sales will continue to decline, especially in more desirable West Hollywood neighborhoods. One of those is Norma Triangle, the area bounded by Sunset Boulevard and Holloway Drive on the north, North Doheny Drive on the west, and Santa Monica Boulevard on the south. Another is West Hollywood West, bounded on the west by Doheny Drive, on the north by Melrose Avenue, on the east by La Cienega Boulevard and on the south by Beverly Boulevard. Mazurkiewicz says owners of houses in those areas often convert their garages or outbuildings to rental units.

Mazurkiewicz says the most attractive areas for condo buyers are along Kings Road and west of La Cienega Boulevard. He notes that younger buyers are interested in new properties, some of which sell at a premium. They also are attracted by contemporary design and units with at least two bedrooms.

One factor in the low inventory of available housing is the small number of individually owned properties in West Hollywood, especially houses. According to U.S. Census Bureau’s American Community Survey, about 20 percent of the 24,500 properties in West Hollywood are owner-occupied. Those 4,976 units include houses and condos, with the ACS projecting a vacancy rate of 3.6 percent. Mazurkiewicz and Yarbrough also say competition for property is growing because of record-low interest rates, a sharp decline in prices since the beginning of the recession, and the entry of more developers willing to pay all cash or make very large down payments on “fixers” — homes they expect to renovate and resell.

The ability of developers to make larger down payments to meet lenders’ more stringent requirements, or pay cash for a home, gives them a major advantage over the average buyer, Mazurkiewicz said. Yarbrough agrees. “The average buyer can’t compete in the fixer realm because the developers are hungry to be fed and are willing to pay all-cash … and (not demand) … contingencies” in sales contracts, he said.

The market also has shrunk because some developers have taken properties off the market, most notably CIM Group, which began leasing units in its Hancock Lofts condominium in 2010. When the Hancock building, on Santa Monica Boulevard at Hancock Avenue, opened in 2008, one-bedroom units were offered at prices ranging from $894,000 to $1 million. The 11 two-bedroom units in the 31-unit building were offered at prices ranging from $1 million to $1.5 million. According to the Hancock website, 28 units now are available for rent.

The small number of house sales in a given month (it has ranged from 12 houses to four houses a month so far this year, for an average of 6.5), makes it difficult to generalize about trends on a month-to-month basis. The condo market is larger, with sales ranging from a high of 38 in May to a low of 19 in October, for an average of 28.7 units a month. But condo sales figures are greatly distorted in months when there is a sale at Sierra Towers, the 31-story building on Doheny Drive adjacent to Beverly Hills that is home to celebrities such as Cher and Joan Collins. For example, the four Sierra Towers units that sold in September commanded an average price per square foot of $1,321 compared to an average of $406 per square foot for the 32 other condos sold in West Hollywood that month.

Keeping in mind the small sample size, here are trends in both the condo and housing markets in West Hollywood since the beginning of the year (sales at Sierra Towers aren’t included in averages because of the potential for distorting the average.) 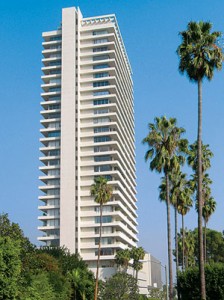 As usual, the number of units sold varied with the seasons. Sales peaked in May at 38 units and trended down until September, when they spiked up to 36 units. October ended with 19 sales.

Average price per square foot also has remained relatively constant at around $400.

House sales also reflect the usual seasonal patterns, peaking at 12 homes in April and declined to two in October.

The gap between asking price and sales price has narrowed dramatically in West Hollywood’s housing market. Where average sales prices ranged from 5 to 6 percent lower than average asking prices in the early part of the year, the gap narrowed to 3 percent in July and was erased in October. Both Mazurkewicz and Yarbrough attribute this to a combination of sellers becoming more realistic and an increase in demand. “Buyers of single family homes are plentiful, and inventory in West Hollywood is the lowest since 2005-2006,” Mazurkewicz said.

The average sales price per square foot for houses has averaged about $600, with occasional dips to $500. The average price jumped to $767 in September, largely because one of the four houses sold that month — a home on Lloyd Street in the Norma Triangle — went for $919 a square foot, distorting the average. 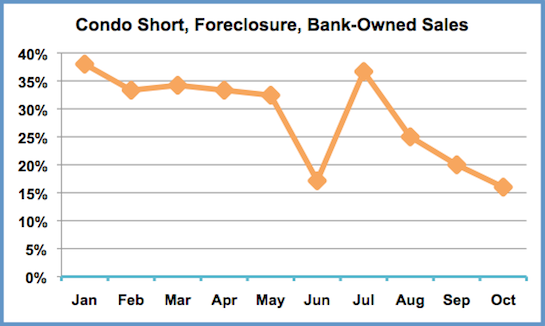 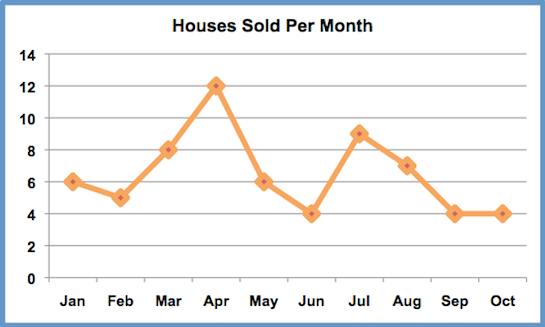 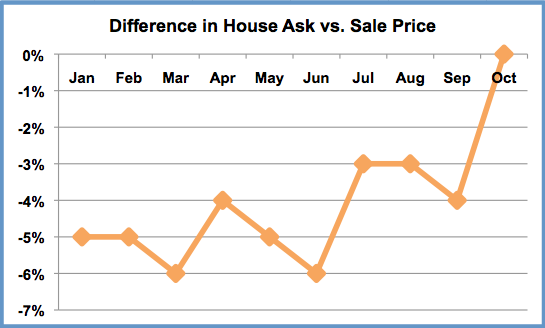 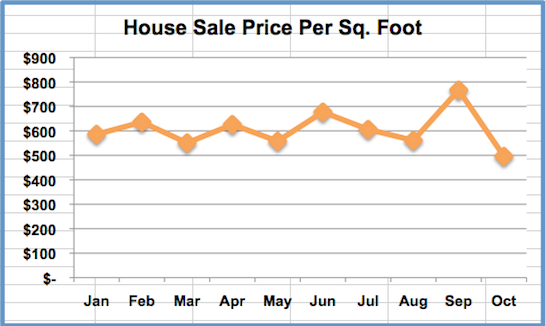 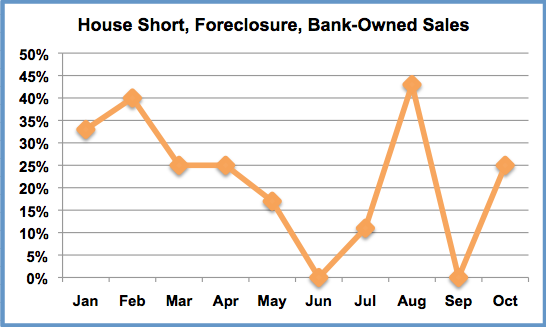 10 Most Expensive Homes For Sale in West Hollywood 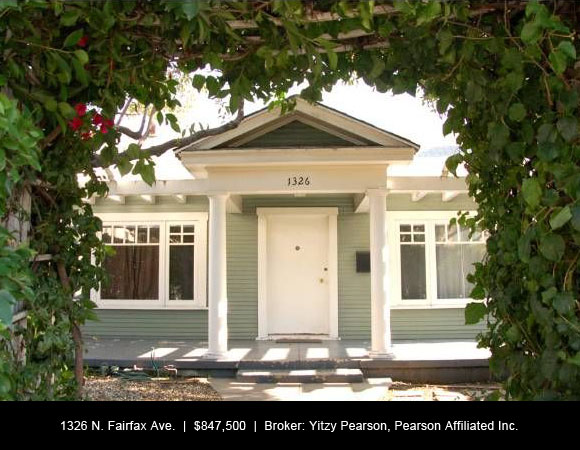