I’ve learned a lot about the gay world since I moved to West Hollywood 10 years ago from Sacramento. I’d never been that aware of gay people, except for the florist next door and my hairdresser. Frankly, I thought “gay” meant effeminate. Well, my eyes certainly have been opened here, where I’m surrounded by gay men of every possible type. One of my gay friends tells me that the gays actually subdivide themselves, and that some groups of gays don’t really get along with others. What are those groups? How does a gay man know which one he belongs to?

Well, you’ve come to the right guy, er gay, with this question. I describe myself as an amateur anthropologist. I didn’t come out of the closet until I was 34, and I’ve spent the past 27 years (actually only 16 in Manhunt years) researching homosexualis ludens in all its variations. It’s an ever-changing taxonomy, but let’s start with bears, cubs, otters, chubs and twinks, widely accepted variants in the species that aren’t defined by sexual practices. 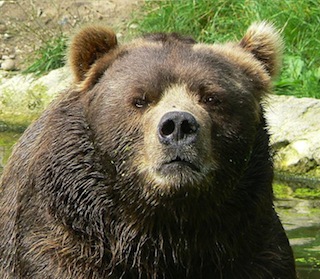 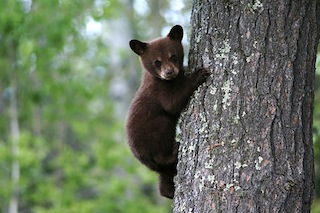 A bear generally is hairy and proud of it and almost always has a beard or moustache. In recent years, when even the twinkiest of gays (defined below) has embraced that sprinkling of facial hair called scruff, bears go all out. Bears also are more tolerant of a bit of belly than the stereotypical gay man, who usually is looking for a guy with a six-pack (and I’m not referring to beer). And bears are big. If a gay guy weighs more than 200 pounds and has a beard, he’s probably a bear. The stereotypical bear shuns effeminate men, although, truth be told, there are nancy bears in this world. Bears are also the only gay subculture not defined by a sexual fetish that has its own flag and magazine and an incredibly hilarious video series, set in Silver Lake, that’s called “Where the Bears Are“. In greater Los Angeles, by the way, Silver Lake is the bear cave.

Cubs, as you might imagine, are a smaller or younger version of bears. If you’re five-five and weight 120 hairy pounds, you’re destined to be a cub. Lots of bears are attracted to cubs, and vice versa. It’s a variant on the “daddy” phenomenon that we’ll address (if asked) in another posting.

Otters essentially are bear wannabes. They’re the hairy, skinny guys who, try as they might, can’t manage to get more than 150 or 160 pounds on their 6-foot frames. Bears like otters, and otters like bears.

While bears often are overweight, it’s not something they talk much about. By contrast, chubs are men who embrace their corpulence. In that way they’re distinctly different from most gay men, who are somewhat obsessed by fitness. Even if they don’t have gym bodies, they are attracted to guys who do. Chubs not only are attracted to one another, they appeal to a very distinct minority of guys who call themselves chub chasers.

Twink long has been a term of derision applied by bears and others to gay men who are effeminate. Today, however, there are gay men who embrace their twinkiness. That was apparent at the 24 Hour Fitness jacuzzi recently when two boys discussed their leg-shaving techniques. One even finds guys (boys, really) defining themselves as “twinks” on mobile meetup applications such as Scruff and Grindr. A twink isn’t hairy. While perhaps well-defined, a twink isn’t muscular. A twink may well pluck his eyebrows and shave his public hair into an artful design. Twinks are (unfairly, in my opinion) seen as evil by many gay men. “Catty” and “vicious” are words that often precede “twink” in a conversation. The best stereotypical depiction of a twink is on a video promotion by the Mister website titled “Evil Twink“. Those on the East Coast, by the way, tend to see West Hollywood as home to the twinks of Los Angeles, a definition that is demonstrably wrong to those who live here.

So why do gay guys define themselves in these subgroups? Well, as an oppressed minority, we gays long have found strength and comfort in banding together. But because we are human, like others of the species we do have a tendency to turn on those who are different. The concept of “bear” developed in the late 1970s and was quickly embraced by gay guys who, because they were hirsute and perhaps overweight, didn’t meet the gay ideal. The concept of “chub” is easily understood by any straight person who has considered joining the National Association to Advance Fat Acceptance. Twinks, in my estimation, still have a way to go.

Hank (but you can call me Daddy Bear)

Questions you can’t bring yourself to ask your gay friends and neighbors? Send them toHenry@WEHOville.com.